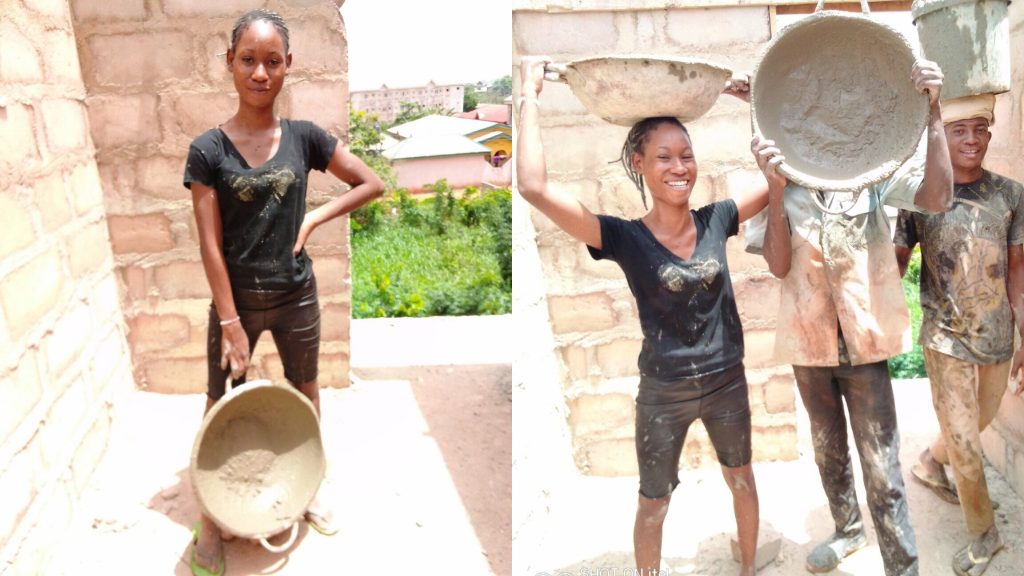 A Nigerian lady has revealed that she hustles as a labourer at a construction site in Benin City, Edo state, to make a living for herself. 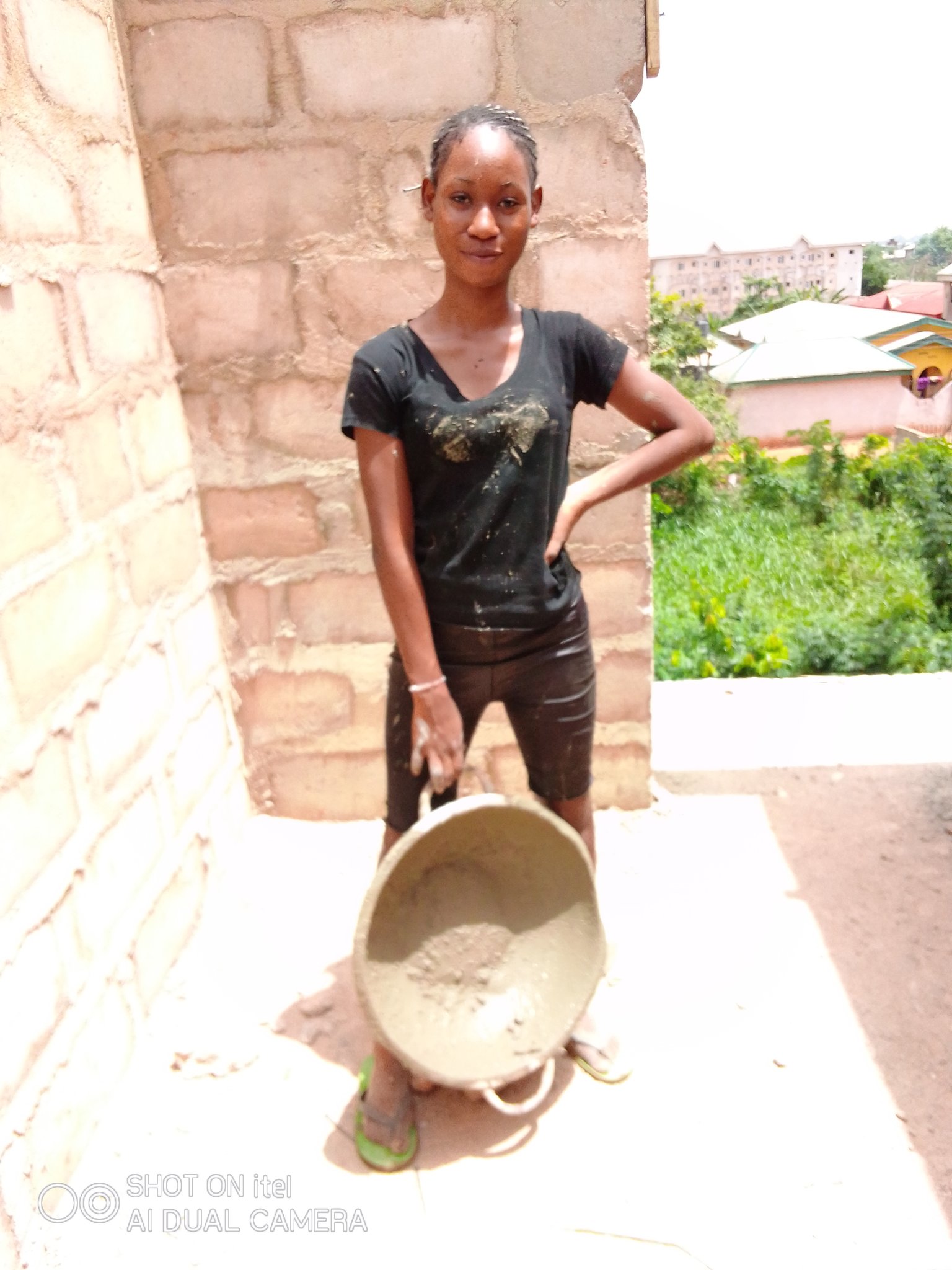 The student, with Twitter handle @02franx, shared photos of herself at work to the astonishment of netizens who then lauded her for being proud of her job.

In a Twitter post, she shared a picture of herself with a head pan and another photo with her fellow male labourers.

She captioned it: “Aside being a student..” 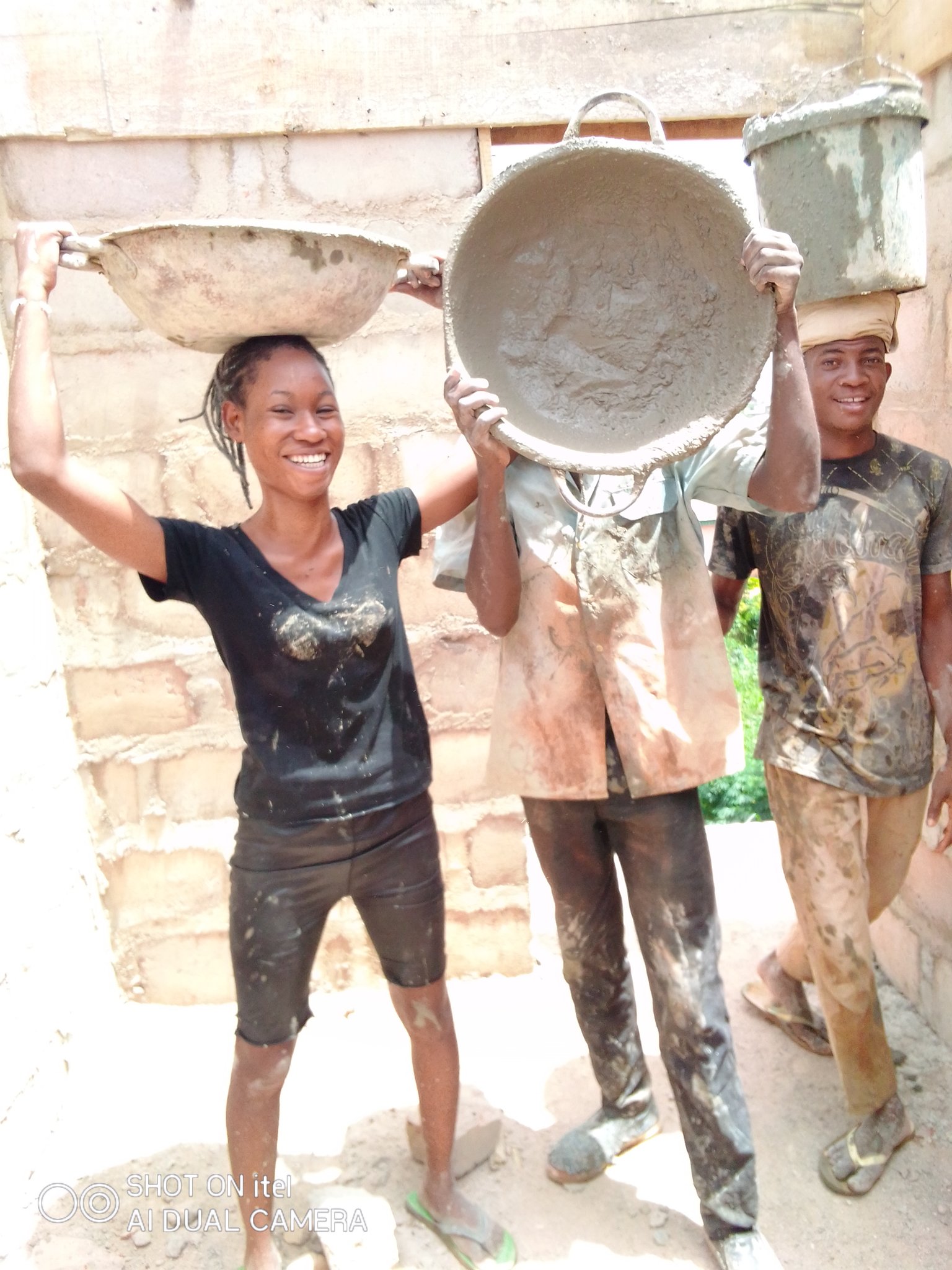 The post wowed many social media users, however, to clear the doubts of some netizens who argued that the photos were stage, she shared a video carrying a block of cement to the building’s top floor.

Watch the video she shared below,

See some comments below,