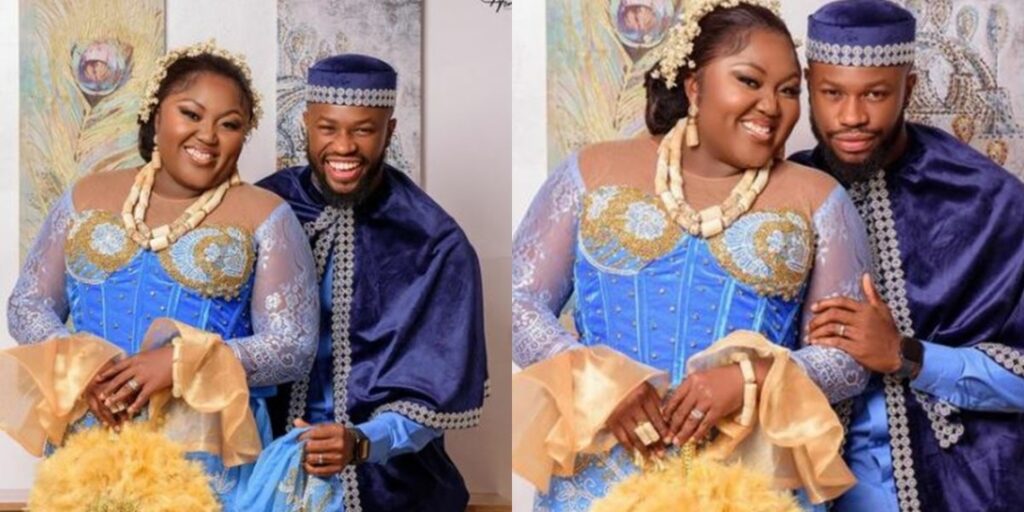 Popular Nollywood actor, Stan Nze speaks on the disagreement that occurred between him and his wife who is also an actress, Blessing Jessica Obasi on their first wedding anniversary.

This disclosure comes days after the celebrity couple celebrated their anniversary on 12th September in grand style.

In a video shared on their YouTube channel, Stan Nze and his wife opened up on what caused their feud which they claimed was communication.

According to him, he wanted to inform his wife about a project he wished to undertake but after calling her for the discussion, they had an interruption as she left to get something from the kitchen, and before she could return he had already left for the gym because he was running late and she was also going to be late for work if the conversation continued.

Stan Nze revealed that when they all came back in the evening, his wife mildly confronted him for suddenly terminating their convo, and in response, he replied by telling her that she ‘always behaves like one who doesn’t have a place she’s headed’.

This statement triggered the whole issue and their fall out lasted from their traditional marriage anniversary to the White wedding anniversary and it was what affected his countenance even when fans presented them with gifts on that day.