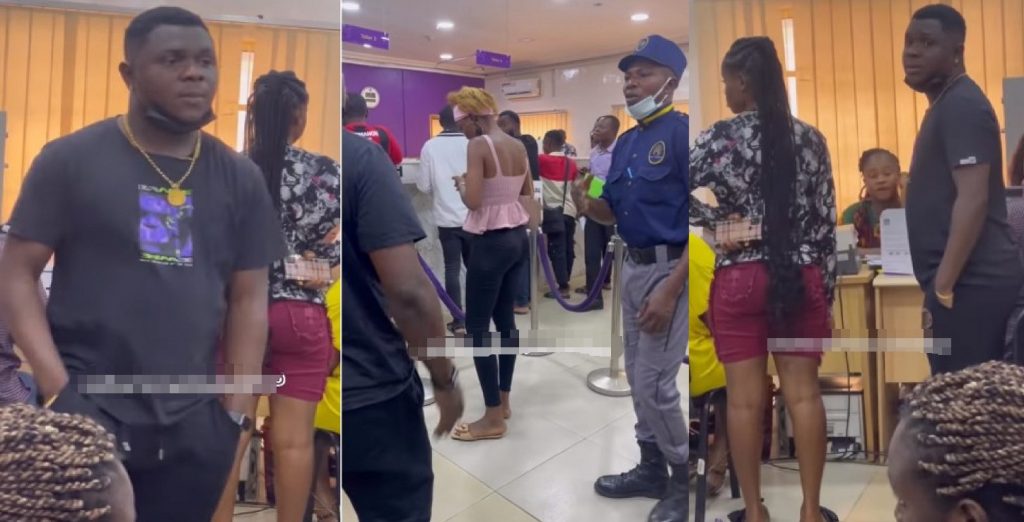 He charged into two different banks, complaining that they had failed to send him a text message on his birthday and that all they could do was deduct fees and VAT from their clients’ accounts.

The skit maker claimed that although other banks remembered to celebrate him, they did not recall that he had turned a new age the day before. He could be seen in the banking hall yelling at security and customer care to terminate his account immediately or send him a text message on the spot in a video that has gone viral online.

Other clients in the hallway, including some bank employees, started laughing as soon as he stated this.

He occasionally ranted so loudly that people began singing him happy birthday.

However, at the conclusion of the entire farce, he declared that he was a skit maker and that judt intended to stir up trouble before leaving the bank.