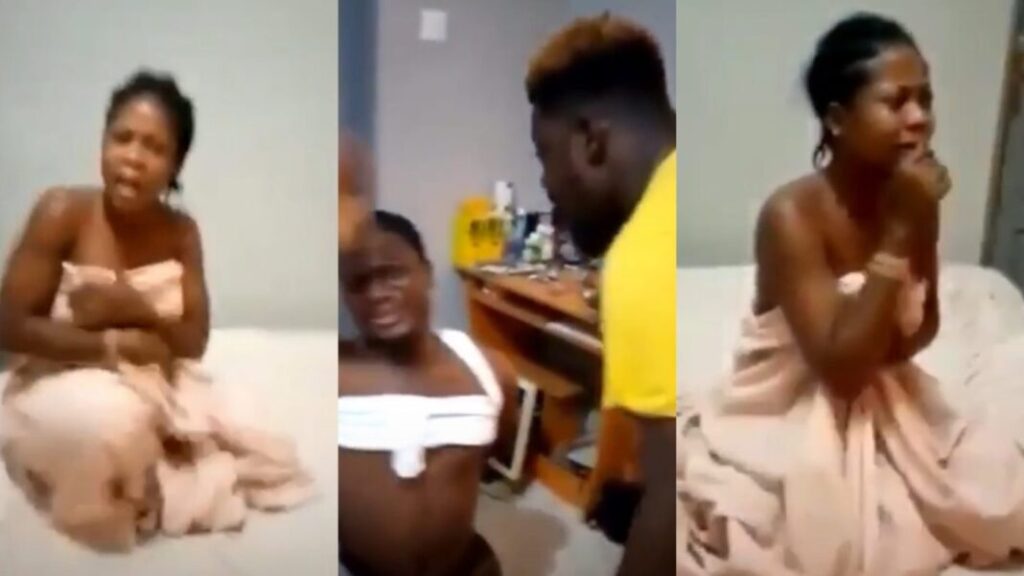 Per the video, The boyfriend who is known as Asare was tipped off by people in his residence that, his girlfriend had been cheating on him every time he leaves home for work. Asare then decided to act on this intel, to find out who his girlfriend who has been identified as Jane, was having an affair with.

On the day of the filming, Asare left home for work like he usually does but instead, went to hide somewhere in the neighborhood in hopes of uncovering Jane’s misdeeds.

After hovering around for a few hours, he tiptoed back home with the informant and Lo and behold, Jane was found under his close friend whom he called Agyemang.

The two out of shame and embarrassment tried fruitlessly to apologize to Asare, but he turned a deaf ear and even threw some punches to Agyemang in the process.