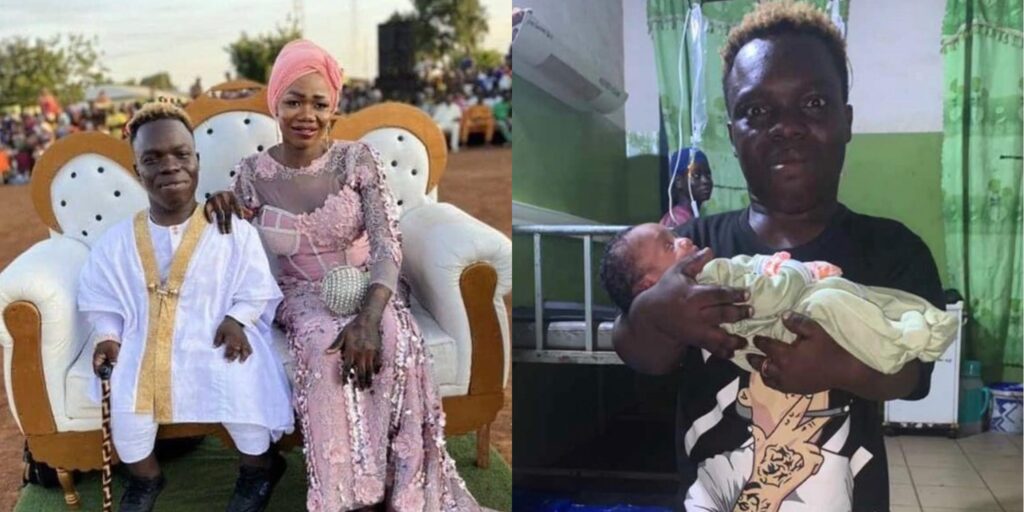 Ghanaian diminutive star and social media sensation, Shatta Bandle has married his baby mama whom he has two kids with.

Just about a week ago, the self-acclaimed billionaire welcomed his second child with his then baby mama who has now graduated to become his ‘wife’.

Citing from photos that have since gone viral on the internet, Shatta Bandle and his beautiful wife whom he has kept her name and other viral details away from the internet can be seen sitting pretty on a sofa as well-wishers were gathered in their numbers to support them.

Shatta Bandle was wearing a white well-tailored kaftan while his wife also rocked a colourful African wear with a touch of European fashion to match up to the big occasion.

Shatta Bandle has proven that he’s a very responsible man and needs to be commended for his bravery to sit at the table of men.

Celebrities including Archipalago and a host of others have taken to their social media pages to rain congratulatory messages on the professed billionaire.

Firdaus Iddrisu aka Shatta Bandle has shocked many Ghanaian because they least expected to read in the news that the controversial socialite is off the market.