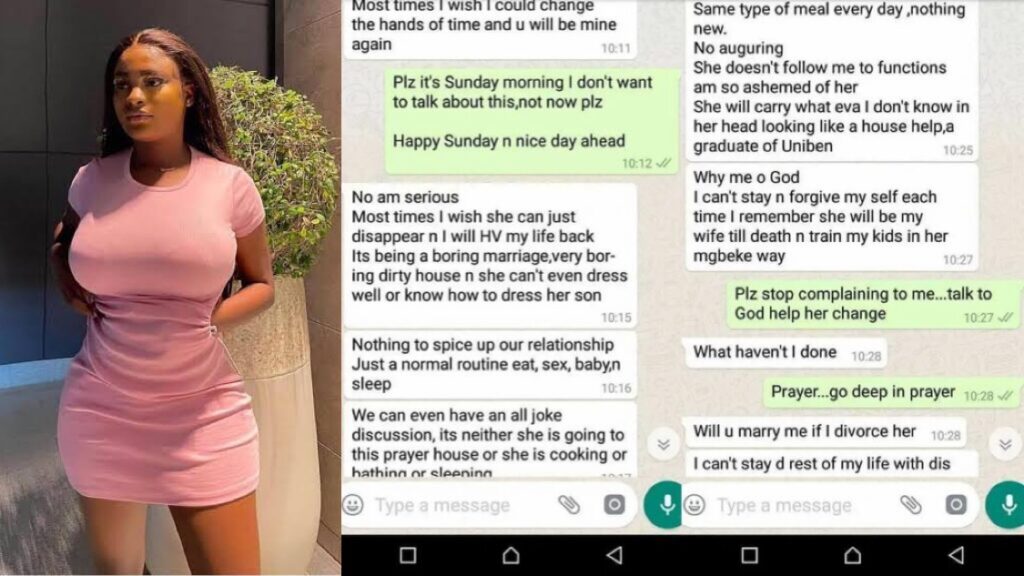 So a Facebook user Adamazi, shared on her page, a quite displeasing chat between a single lady and her ex-boyfriend who is now a married man.

The guy in the chat, Festus (pseudonym), hit his ex-girlfriend, Cynthia (pseudonym) and laid out what he says are his woes with his new wife.

Festus says that his new wife is a boring lady who does nothing but be faithful to him and carry out wife duties accordingly, she’s spiritual, a good mother and all.

And according to Festus, he made a mistake marrying such a virtuous lady and so he hit Cynthia up and explains to her that he wishes he’d not left her alone because of her stubborn attribute – an attribute he claims he can contain.

In a bid to win Cynthia back, he says he’ll divorce his wife if she assures him that she’d marry him if he carried out that action – this caused Cynthia to flare up and revoke him and humbly told him to focus on his marriage.

Way to go Cynthia! Well done! Read their chats below: