“If You Give Birth To A Sickler, K!ll The Child Immediately ” – Nigerian Boy With Sickle Cell Cries Out After Severe Pain Crisis (Video) 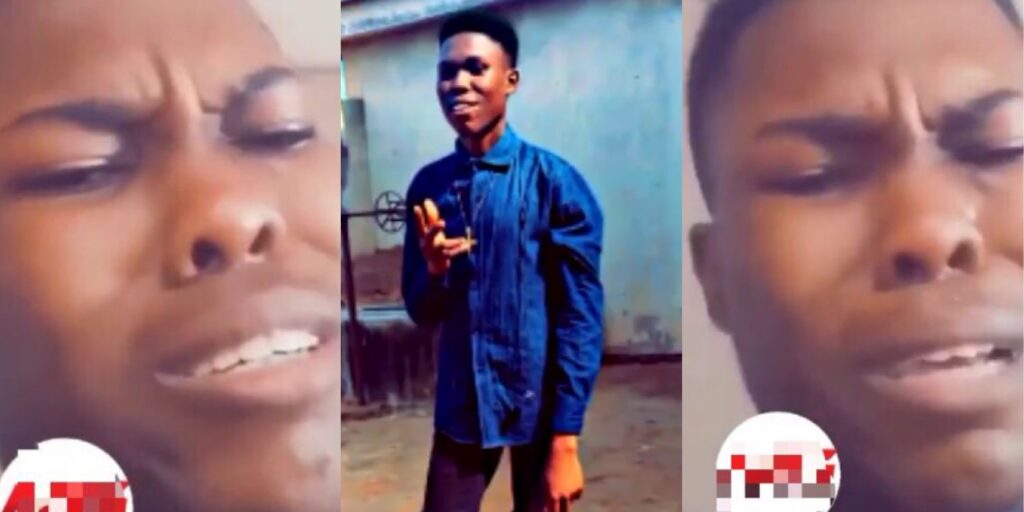 A video making rounds on social media has captured a young sickle cell patient crying over severe pains in his body and this has thrown social media users into a state of mourning.

“If You Give Birth To A Sickler, K!ll The Child” – Heartbroken Man With Sickle Cell Cries Out After Severe Pain Crisis

A video of a young sickle cell patient crying over severe pains in his body has thrown social media users into a state of mourning.

According to the video which was first shared by popular Nigerian blogger known as MediaGist, the young man is a sickle cell patient and has been battling multiple pains.

It appears he cannot take the pains any longer thus why he recorded a video of himself crying and appealing to young men and women with “SS” blood groups to avoid procreation as the child will be at the suffering end.

He added that children born with sickle cell diseases should be killed so they will not go through a pain crisis.

The disease can be treated but this condition can’t be cured. It can last for years or be a life-long. A sickle cell crisis is a painful episode that may begin suddenly in a person who has sickle cell disease. A sickle cell crisis occurs when sickle-shaped red blood cells clump together and block small blood vessels that carry blood to certain organs, muscles, and bones. This causes mild to severe pain.