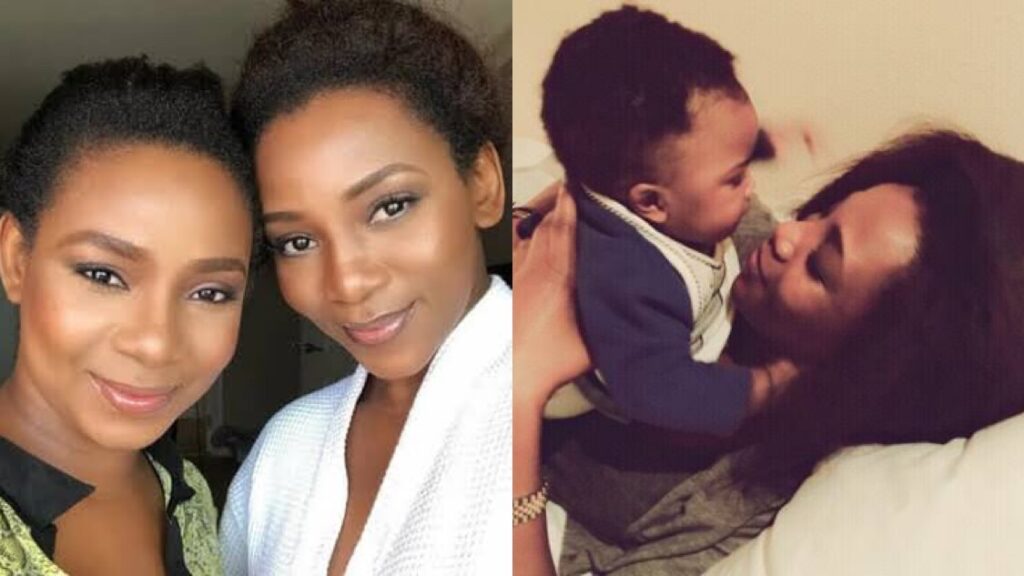 Nollywood actress, Genevieve Nnaji is one of the most successful actresses in the movie industry. The actress has been on screen for over decades and while most people thought she doesn’ t have any man in her life, the unknown truth is that she has had a child out of wedlock at 17years of age.

Genevieve Nnaji completely hid her daughter from the media but she was only able do that for a while until social media users unearthed the photo of the actress and her lookalike daughter.

Well, after it was made known that Genevieve Nnaji already had a grown up daughter, the actress later became a proud grandma.

Genevieve Nnaji Talks About How She Got Pregnant Out Of Wedlock

Nollywood actress, Genevieve Nnaji managed to keep her daughter’ s birth a secret possibly because she thought it would affect her career. However, she later came out about it in an interview where she bared it all without holding back any.

Genevieve Nnaji in the interview, recounted how her world came crashing down when she realized she is pregnant at 17 years of age.

She revealed she was already seven months gone before her Catholic mum discovered it and didn’ t believe it until she later confirmed it. The actress however, noted that she didn’ t believe it as well but had to when she saw it in a scan.

She further noted that she was hard on herself more than her parents did but at the end, she couldn’ t abort the pregnancy since she got to know about it late.

” The pregnancy was seven months gone before my Catholic mum discovered it. She couldn’ t believe it, ” she said. How can she be pregnant when she was ” very careful”

” I didn’ t feel anything. I didn’ t even know till I was about four months. It was there, but I was still in shock. I didn’ t believe it” .

” The only time I actually believed it was when I saw it in a scan. Seven months! And I saw it’ s in there and I said, ” Okay, it’ s true! ” I was like, ” Oh, it’ s like some disease…. ” I think I was pretty much hard on myself then than my parents or people. I was harder on myself, really. My parents reacted the way any parent would react– disappointed.

Speaking further, she said: ” Getting rid of the pregnancy was an alternative then, but it was too late, because not until I was four months before we discovered it and so it was not what we could do, and my dad was like, ‘ it’ s a child for Christ’ s sake. God knows why he wants to bring that child into life” .

We are Catholics and it’ s just that conscience, you do wrong once and doing another would not make the first right. So, you either correct your mistake by doing the right thing. If I was pregnant, and then have an abortion, it would have been like murder after fornication! So, that was basically wrong. ”

Nollywood actress, Genevieve Nnaji’ s grown up daughter, Chimebuka Theodora whom she protected from the media for so long, was seen together for the first time with her during her birthday party.

Theodora tied the knot with her husband, Prince Osi Chigozie Ihediwa in Mbaise in 2016 and no doubt the event saw lots of pictures of the newly wedded couple.

According to reports, the couple met in 2009 and dated till 2016 before they got married.

Mostly, people become Grandparents at 50 to 60years of age but Nollywood actress, Genevieve Nnaji’ s case is completely different and also surprising, she reportedly became a grandma at the age of 39.

Genevieve Nnaji became a grandmother at an early age and no doubt this caused lots of uproars among social media users and fans of the actress.

Well, ever since Genevieve Nnaji gave birth to her daughter she hasn’ t been in a noticable serious relationship with any man and no doubt her fans have often urged her to get married.