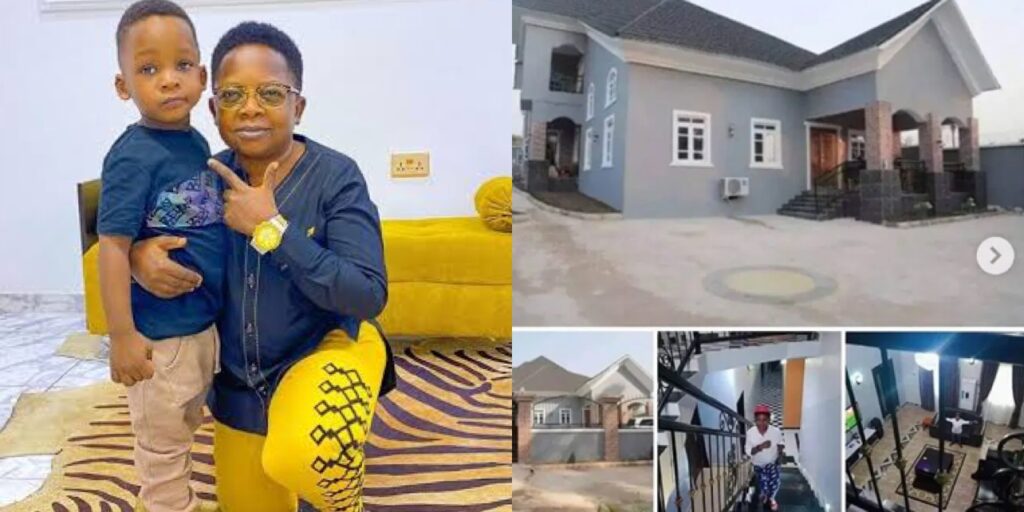 Chinedu Ikedieze, MFR is popularly known as Aki was born on the 12th December 1977 in Bende, Abia state Nigeria. He is a  Nigerian actor, entrepreneur, and investor. He is best known for acting alongside Osita Iheme in most of the movies after their breakthrough as a duo in the 2002 film Aki na Ukwa.

He has featured in over 100+ movies in a career reaching over 20 years, he most time acts like a kid in most of his films during his early career due to his dwarf nature and physical appearance. He later transformed himself and acted in lead adult roles. He is generally known as Aki for his performance in the film Aki na Ukwa. In 2011, he married beautiful and tall fashion designer Nneoma Nwaijah and the couple had their first child in 2012.

Chinedu Ikedieze did his primary and secondary education in Aba, Abia state Nigeria. Immediately after completing his secondary education, he pursued a Higher National Diploma  (HND) in Theatre art and later acquired a degree in Mass communication from the Institute of Management and Technology (IMT). After he finished his studies at IMT, he initially wanted to become a lawyer but pursued his career in film acting in 1998 and initially featured in small roles. He first acted in a minor role in the 1998 film called Evil Men, then he enrolled in the prestigious New York Film Academy in 2004.

He came into the Nigerian movie industry in 2000 and rose to fame in the 2002 film Aki na Ukwa where he played the breakthrough role of Aki alongside another dwarf actor Osita Iheme. The duo was popularly called  “Aki and Paw Paw” since the release of the film and they featured together in several films in the lead roles. Both Chinedu and Osita have been maintaining an onscreen and offscreen relationship which is widely praised by the Nollywood community.

In 2007, Chinedu Ikedieze received the Lifetime Achievement Award at the African Movie Academy Awards. He was also honoured with the order of the Federal Republic which was given by the former Nigerian President the person of  Goodluck Ebele Jonathan for his immense contributions to the progress of Nollywood and to the economic growth of the country.

Chinedu Ikedieze got married to a gorgeous lady, a Nigerian fashion designer called Nneoma Nwaijah. Their wedding was held on the 26th of November 2011 in Nneoma’s hometown – Isala Mbano, Imo State and they’ve had their first fruit since then.

It has been rumoured that Chinedu Ikedieze and his wife are living in a mansion he owns in Omole Phase 1, Lagos State, the same estate of Emoney and Kcee. He also built another mansion in his home town Abia state.

It is a midsized SUV that drives more like a sports sedan. The infinity FX features a strong and smooth V6 engine, coupled with an excellent five-speed automatic transmission.

They are recognized for carrying a seven-speed automatic transmission, and high-tech driver’s aids, including active cruise control and autonomous emergency braking. Responsive handling and an eager powertrain remained high points, but the snug cabin and impeded outward visibility took over the Fx.

This is a specially made stretch Hummer, it was requested by Chinedu Ikedieze to be driving it to his movie venue, the car is very expensive, this is a typical example of luxury.

This is a nice luxury sedan, you don’t measure a car’s efficiency just at the gas pump. It’s also something you feel in its confident agility. How it moves into traffic or negotiates a surprise. It’s how an E-Class always feels right for the times, and in the moment.

He was seen posing by this nice piece of Porsche Carrera, this is to show you that the actor is living large. The car has been estimated to have cost him over a N38million.

Above all things, Jaguar desires to be different. That’s why the new 2011 XJ flagship has the flamboyant lines of an Italian torpedo and the driving manners of a German autobahn cruiser and is tuned for Buckingham Palace fleet duty. Cultures collide in spectacular ways in this luxury limo.

Hope you enjoyed the article, thanks for reading it.