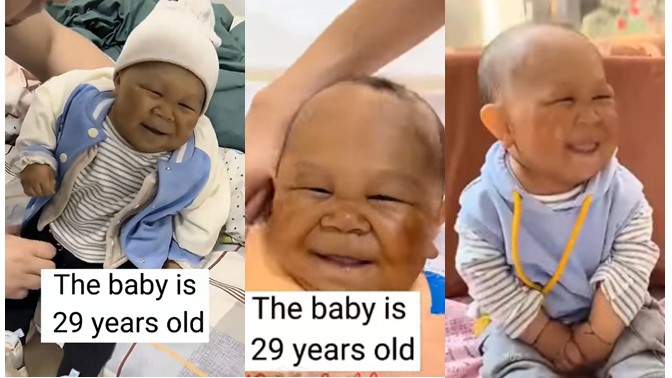 A 29-year-old man is being referred to as a baby-man because he has a rare illness which prevented him from growing.

A video which has gone viral on social media shows Pingping being treated as a toddler even though he is old enough to have started his own family.

His condition which is also called the ‘Benjamin Button’ disease has left netizens speechless over the wonders on earth.