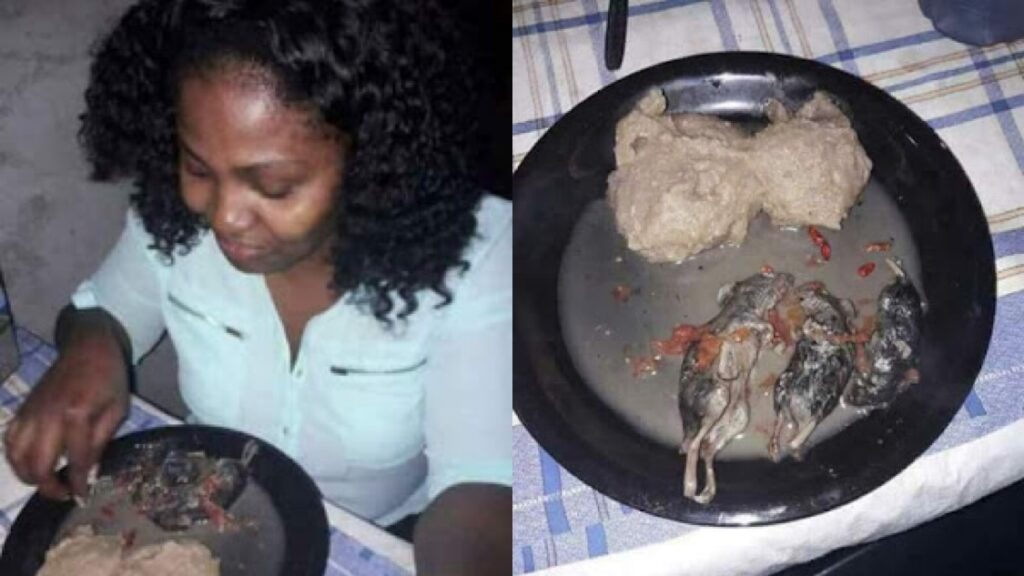 Photos of an unnamed lady eating a special rat soup delicacy is currently making the rounds on social after the photos were shared thousands of times online. Woman eating a plate of rat soup
An unidentified lady eating a special delicacy made with rat meat has been captured on camera in photos which emerged on social media and have since gone viral after they were shared thousands of times on Facebook.
The photos clearly show a lady seriously eating swallowing her rat soup prepared with 3 small rats.