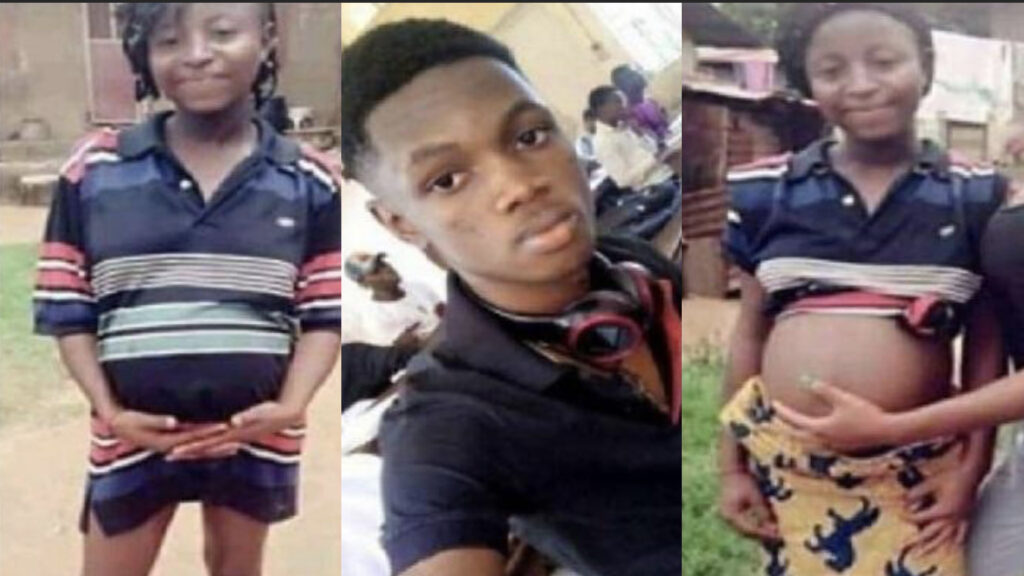 A boy of 18 years of age caused a furor on social media after he celebrates the pregnancy of his 16-years-old girlfriend. “I can’t deny you baby, and I’ll soon be a daddy,” it sounds.

Meanwhile, they are both teenagers, but if the boy is 18 years already, that automatically makes him an adult teenager, this implies, he has every right to marry. No matter whatever, getting a 16-year-old girl – who’s still under-age – pregnant remains a child abuse.

But some Facebook users did not allow the proud dad to digest his celebration without adding their views. “We should be bold enough to condemn such things; accepting the responsibility of a father at his age is too bad. Avoid s_x pls,” Elijah said. “Congratulating this boy will undoubtedly be setting a bad precedent to other young ones.”

Another added, “what does 18-year-old knows about parenthood. And how on earth is he going to fend for himself, the pregnancy, and the girl? Both the boy and pregnant girl are still of school age,” Funso lamented. “And some people are proudly applauding him for having such early knowledge of sex and even accepting a pregnancy from a very small child,” one concluded.

Yet, many showers rain of praise to them: “Going to the extend of bringing this to social media. I think he has a good adviser. Come to think of this; you have done what more good to urself. I wish the mother of your on borne child successfully delivery.” “I love that after you born the baby, I pray that you will not lack I pray your helper will find you am proud of you, please name your child (heritage),” DC suggested.

The identities of the couple are unknown at the time of filing this report but working on the full story.