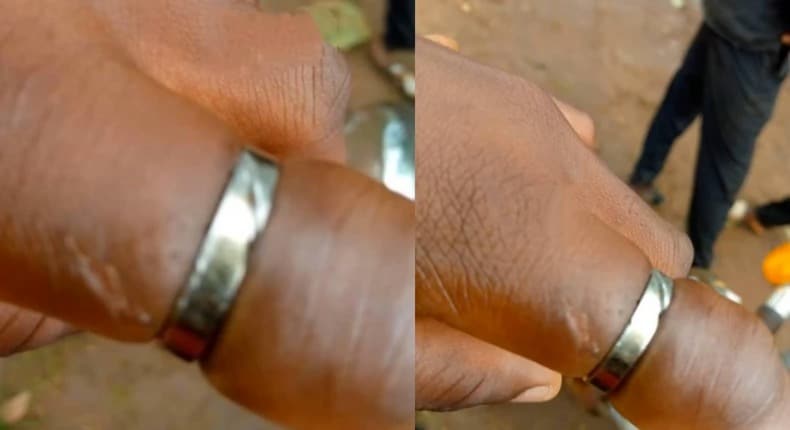 The engagment ring refuses to come off as the lady almost loses her finger from wearing it for years.

The lady identified as Evelyn Detordzi received the ring from her fiancé who had promised her marriage.

She put on the ring with the hope of settling down in a short time. However, things did not progress as she had wished and for years, she had the ring on

When she tried sometimes to take it off, it never did.

The ring started eating into his finger. However, all efforts to get rid of the ring and save the rotting finger failed.

In a conversation with Adomonline.com after the ing had been successfully removed, Evelyn said she failed to heed her pastor’s call not to wear the ring when it was given to her.

She eventually realized that the ring could have a spiritual force behind it when it refused to come off as her finger swelled.

“I don’t think he had any evil intention or invoked anything before giving me the ring because we were going to get married soon.”

According to her, the spiritual help she sought from pastors failed. Eventually, she had to rely on doctors to prefer a surgical operation to take the ring off her finger.