Nigerian man dies during a N5,000 Sxx competition after finishing seventh round (Video) 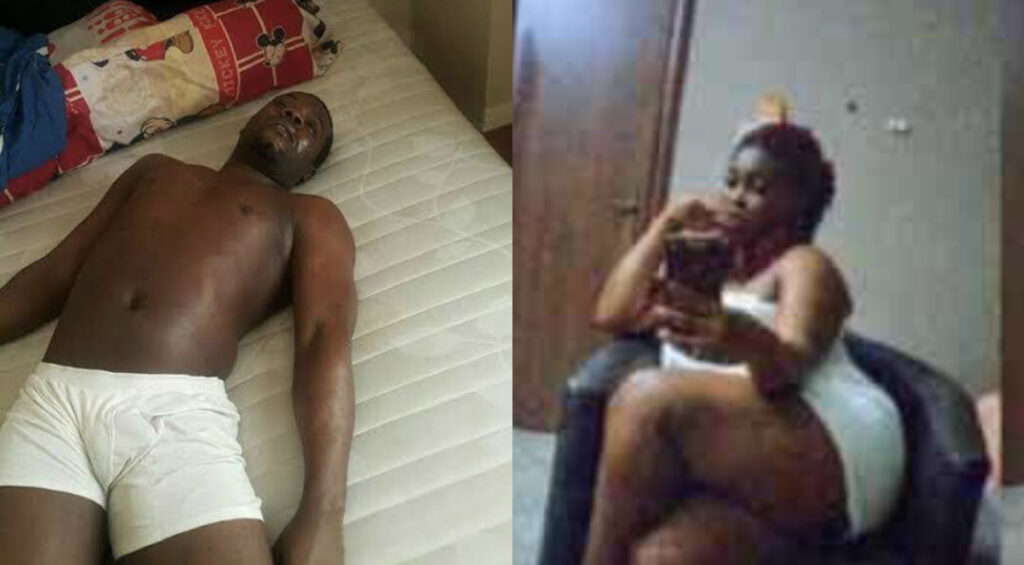 A young Nigerian man had reportedly died after 7 rounds of hot sex competition which he engaged in.The deceased identified as Davy reportedly died while riding his contender Loveth. Davy had been reported to have staked 5000 naira to bet that he has more sexual prowess than Loveth who also insisted that the deceased would not withstand her strength.

The duo had reportedly gone to a popular hotel in Ikotun area of Lagos to engage in the sex competition but unfortunately, Davy died on after completing the 6th round and embarking on the 7th. He was said to have collapsed and died which got Loveth to cry out for help.Loveth was handed over to the Ikotun Police Division for investigation while the corpse was deposited at an undisclosed hospital for autopsy. Loveth was later transferred to the SCIID Panti Yaba where she narrated the entire incident, and according to sources, the autopsy report will determine what charges would be proffered against her, if there is any.