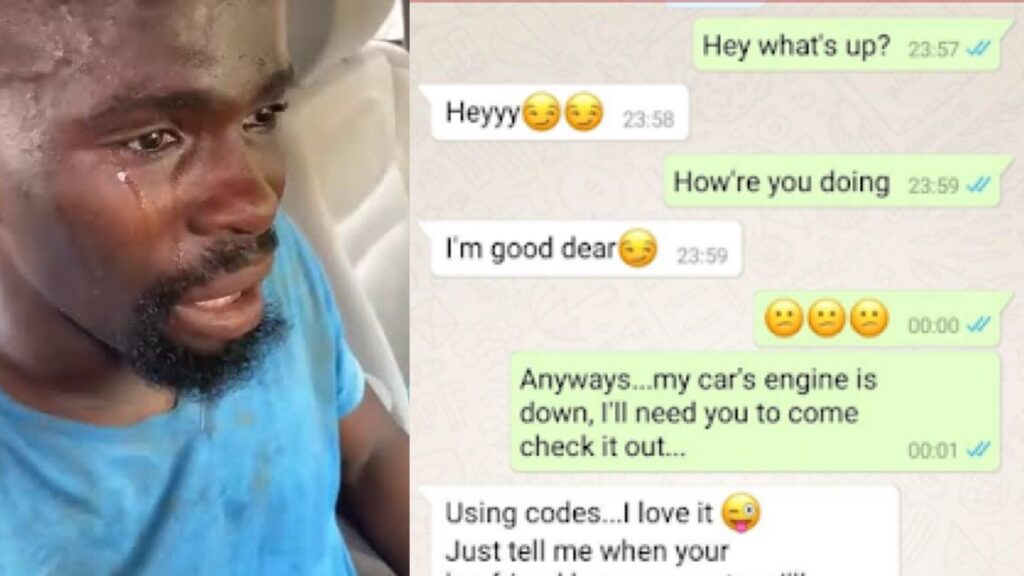 WhatsApp chat between a man and his driver has gone viral as the man innocently found out that his woman has been having an affair with his mechanic.

As the saying goes ‘Nothing is hidden under the sun”.As what you like most will surely lead to your downfall if proper care is not taken.

The man used his Woman’s phone to chat up the driver and his reply arose suspicion. 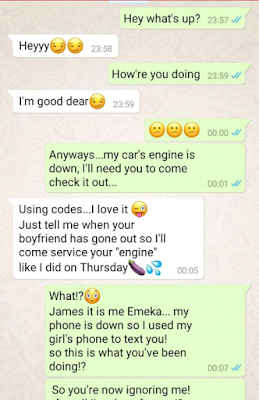 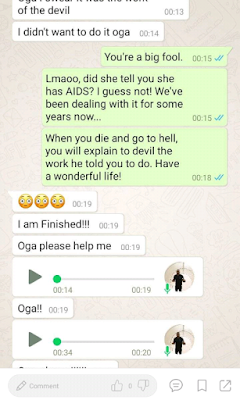