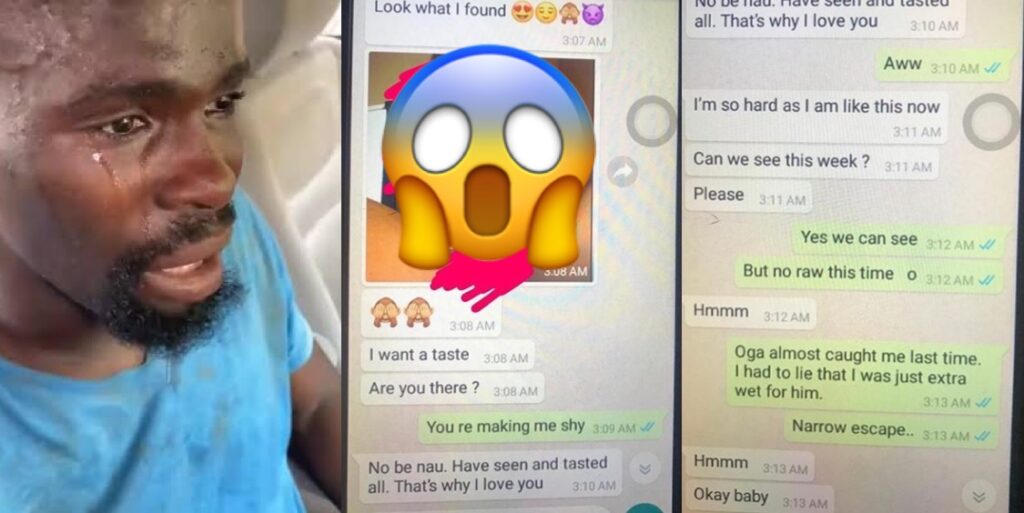 A Nigerian man has exposed his pregnant wife who is cheating on him with her anonymous. The heartbroken husband could not hold back his disappointment.

He took to his Instagram account to share his grievances with the popular internet relationship expert, Joro Olumofin. According to the disappointed husband, his wife was sexting another man and sent him nude pictures of herself in the bathroom.

The woman promised her lover sex, according to their conversation, the woman has been cheating on the man for several years. The aggrieved husband confronted the wife and sent her out of the house. He revealed that he was broken at the moment and could not believe that his wife would betray him by sleeping with another man.

Read the screenshot of the conversation between his wife and her lover. 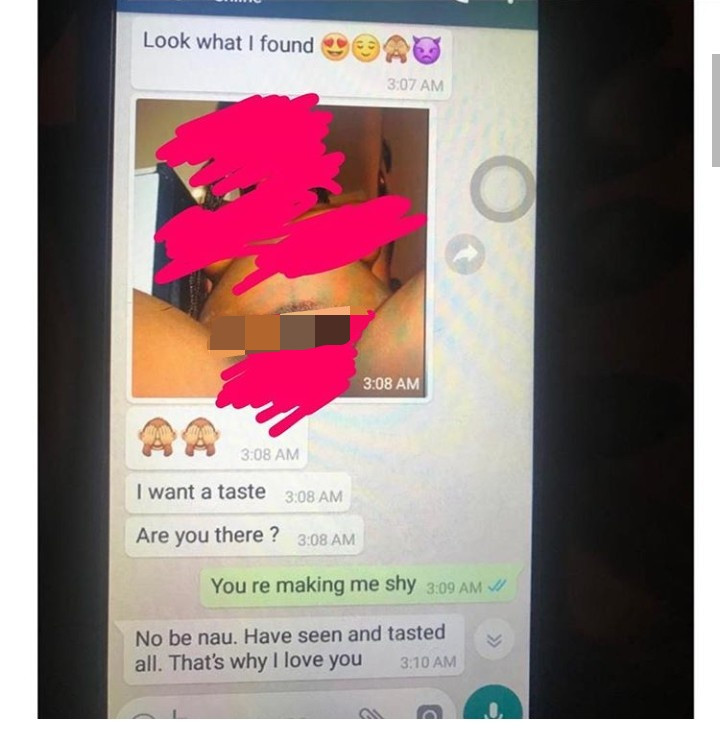 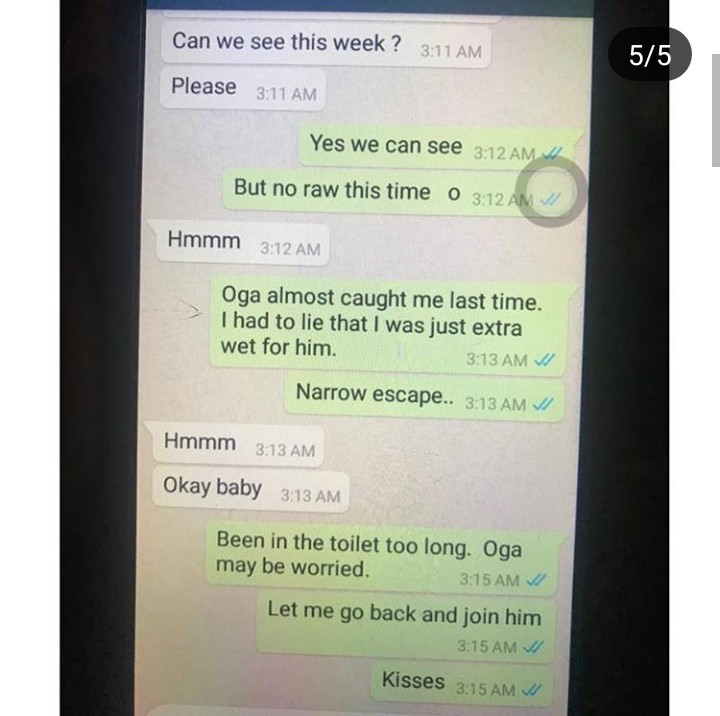