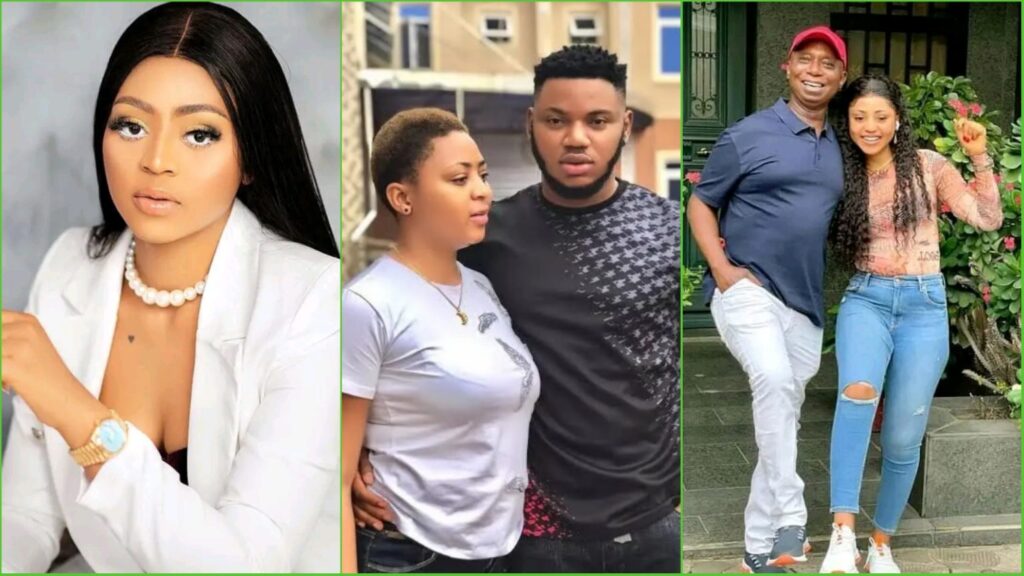 Many people were perplexed by actress Regina Daniels’ decision to marry nearly-60-year-old Nigerian businessman Ned Nwoko at the age of 19.Many believed and hoped that Somadina Adinma, her young sweetheart, and her would get married after dating for several years.Regina Daniels, however, had another idea. He desired a well-established man who could take care of her needs and make sure she was well-looked after.

Regina Daniels recently shared an explanation on social media about her choice to wed an elderly, wealthy man.Regina Daniels wanted a young man because he would be more vibrant and have fresh blood, but she also wanted someone who would show her his love in deeds rather than just words.

She claimed that any man who made a declaration of love to her without having anything to back it up would be dismissed. When Ned Nwoko entered, Somadina was presumably shown the door.

“When you confess your feelings for me with nothing to offer, abeg getat” – That was Regina Daniels’s explanation for her decision to marry Ned Nwoko after all.

A young man like Somadina was not in a position to provide her more than words because she desired them. He was unable to compete with Ned Nwowko’s financial might for her love.