I Died In a Car Accident, God Gave Me A Second Chance – Yul Edochie Reveals (Video) 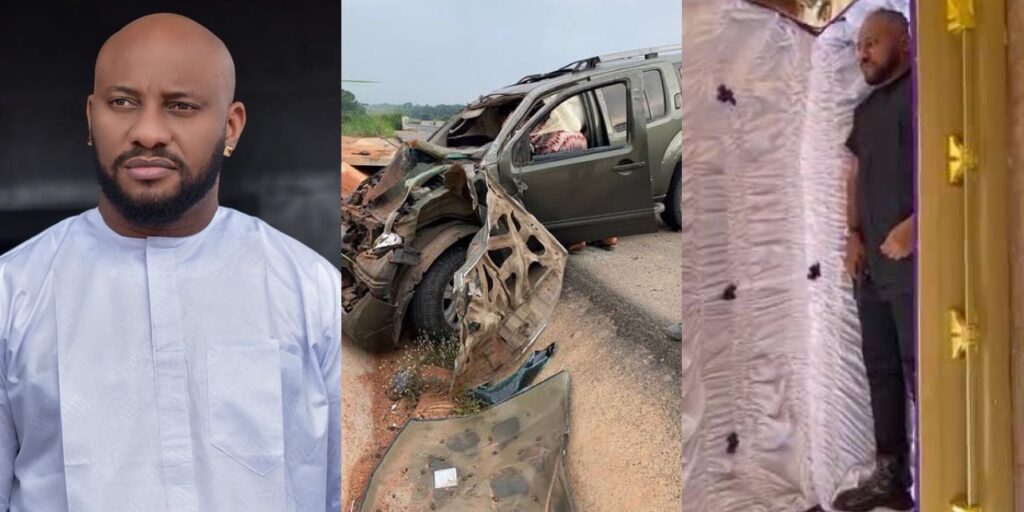 Nollywood actor Yul Edochie has said that he actually died in the car crash accident he was involved in 2019, Igbere TV reports.

In a tweet on Monday, Yul shared a picture of the car and said that he had heard a voice say to him that ‘it’s over’.

“In 2019 I actually died in this accident. My whole life was flashed before me in a second & a voice told me ‘it’s over’, then black out,” he wrote.

“But God gave me a 2nd life. This 2nd life is dedicated to helping people, making the world a better place & spreading the word of God.”

Igbere TV reports that in June 2019 Yul survived an auto crash on his way from Lagos to the southeastern part of the country.

He also revealed that he had become a born again Christian after surviving the car accident.