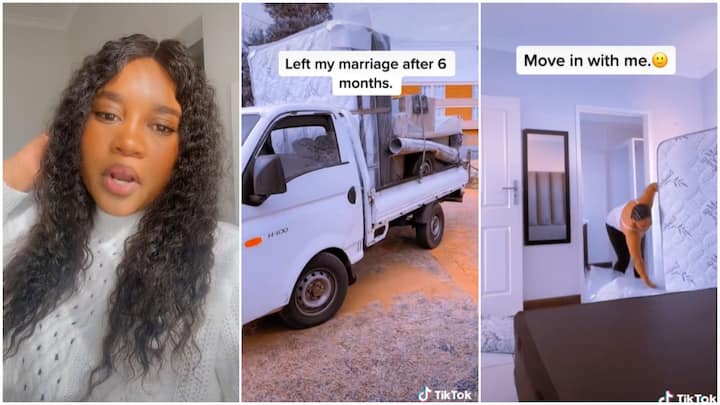 The internet is awash with the story of a woman who bowed out of her marriage after six months to begin a fresh life.

In a viral video, a truck was seen loaded with furniture and other items pulling into a new compound.

The newly divorced lady with TikTok account @fezz_l shared the video and captioned it: “starting over!”

The woman noted that her marriage only lasted for six months before she decided to leave, though her reason wasn’t disclosed.

She, however, implored netizens to move in with her as she starts over.

“Left my marriage after six months. Move in with me.”

“I left after a year, left him with everything, took only my clothes. 8 years later I’m still alive and kicking and doing even great. Love and light.”

“I wish I could leave mine but it’s 5 years with two beautiful kids but my family is saying for the sake of the kids what do I do.”