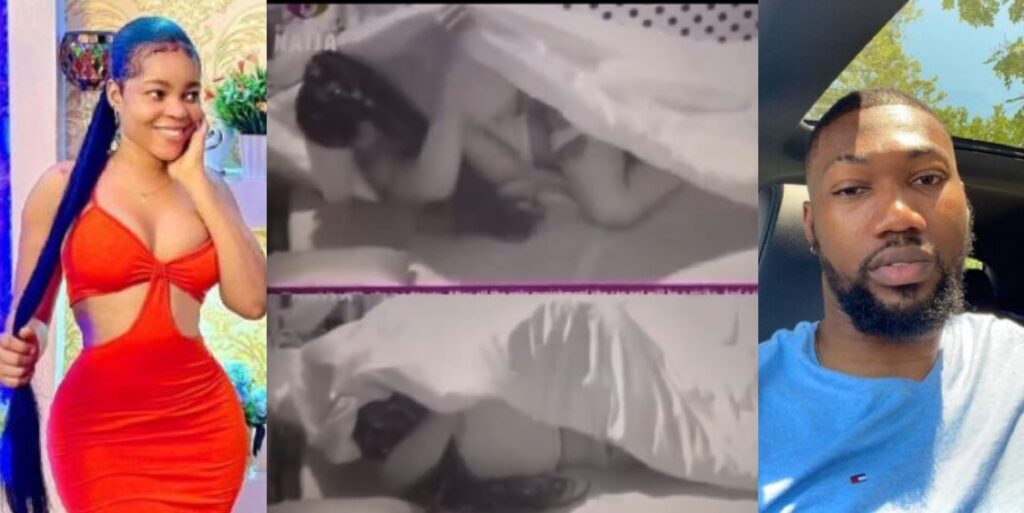 The Big Brother Naija Level up couple Deji who happens to be a f@ke housemate and Chichi was spotted in a h()t couple moment as they both undergo series of Cùddl!ng & Ki$$ing to the extent they almost took off the s#eet which serves as a cover from live cameras.

This actually has drawn lots of reactions from netizens as some calls for a stop and ban to the popular Nigerian and Africa biggest reality tv show due to the continuous growing level of !nt!m@cy between housemates who might have forgotten their reasons of being in the show.

Although to some viewers these situations and actions are what they actually signed up for no dull moment they want it as hot as they can get it. But some the focus should be the 100 Million grand prize and not relationships and others.