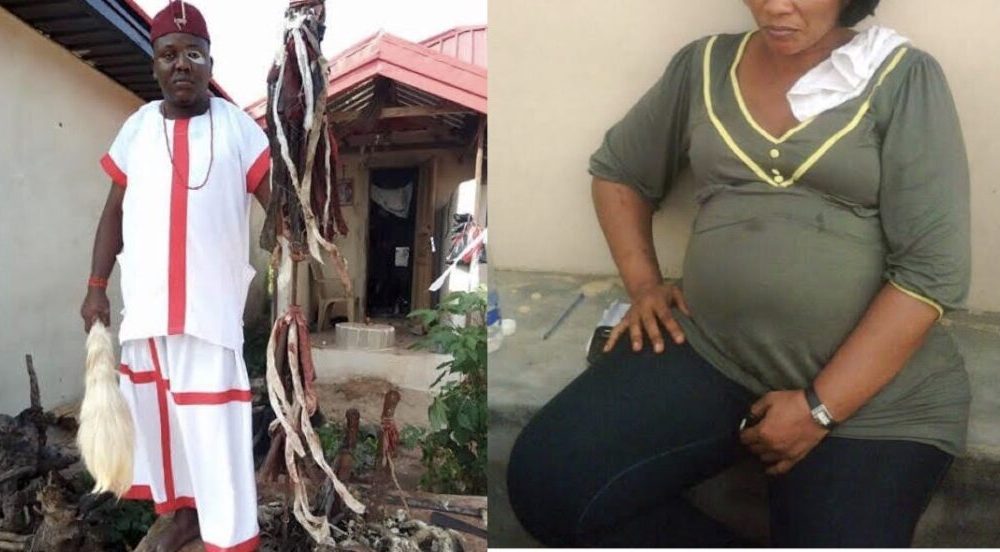 The small community in Onitsha have been thrown into a deep shock after they got to know that the wife of one of a popular pastor in the area has been impregnated by a fetish priest.

We all thought idol don’t see eye to eye with each other but it now looks like the idol worshippers are snatching female Christians.

According to the source, the native doctor involved in the act is an indigene of Osha in Onitsha area and he is popularly known as Ebeano-Dike.

He is well patronized by businessmen and other people alike but what was unknown was that he was in a love affair with the wife of a young pastor.

The source revealed that the Pastor and his wife needed a child badly and instead of waiting on the lord as they have always been saying, the wife decided to visit the fetish priest for a solution without the knowledge of her husband.

It was during that period that the fetish priest slept with her impregnating her in the process but their act was later exposed by some people.

Since the news went viral in the community, many people have described the woman as a witch and called on the Pastor to immediately divorce her and marry another woman.