Nigerian lady allegedly vomits money and goes mad after being used for R!tuals by Her boyfriend (Video) 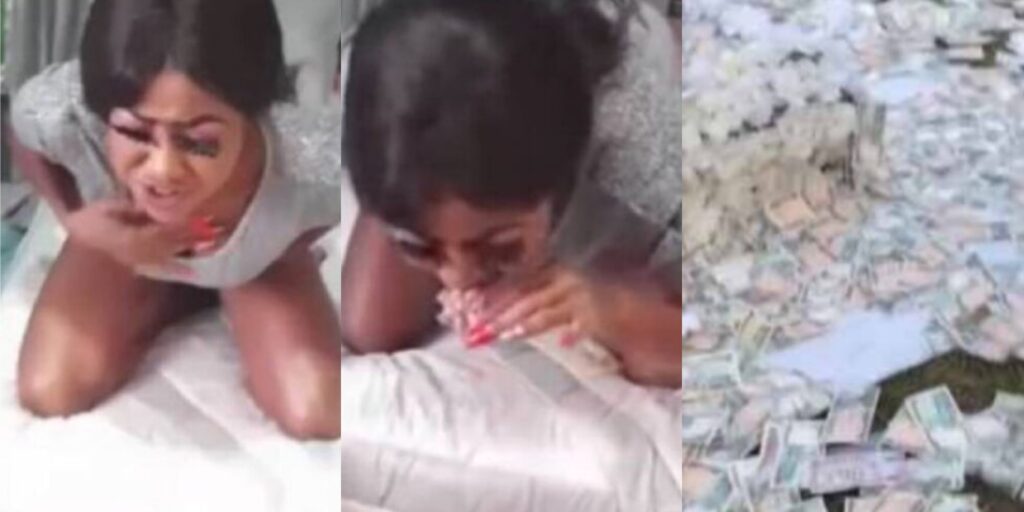 In a viral video sighted by 411gists a slay queen was seen vomiting cedi notes after she confessed sleeping with a fraud boy.

Hmmm… Not long ago, we reported the demise of another young girl who was allegedly killed by her boyfriend after he used her private part for money rituals.