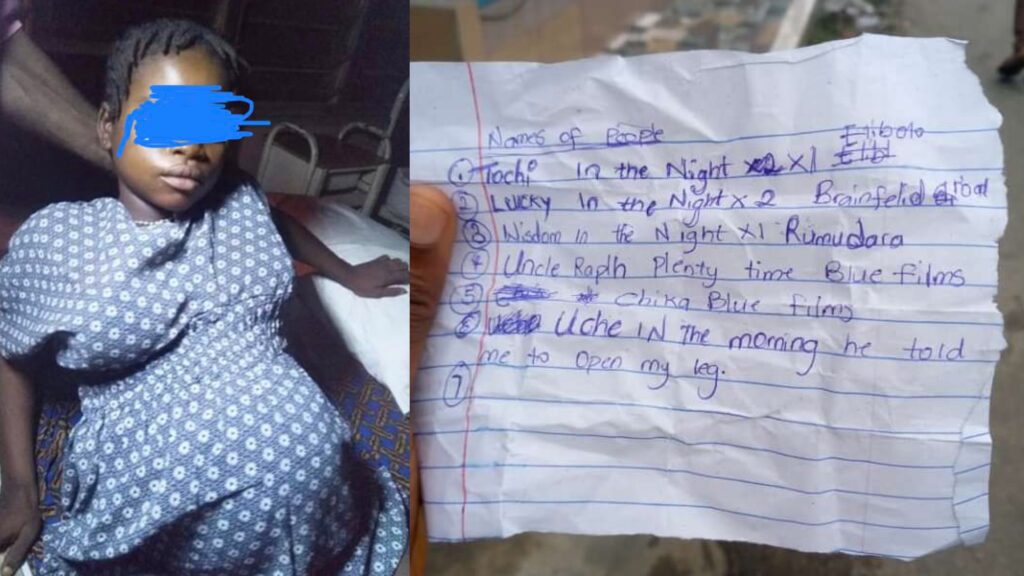 An 11-year-old Nigerian girl has stirred reactions after she listed out all the men who allegedly raped her despite being a minor.

A journalist who based in Port Harcourt identified as Martha Okere shared the list on her facebook page.

In the list, the lady mentioned some uncles and other people who stayed in the same neighborhood with her.

This has however generated mixed reactions as many called for the identification and arrest of the men named in the list.

See some of the reactions in screenshots below: