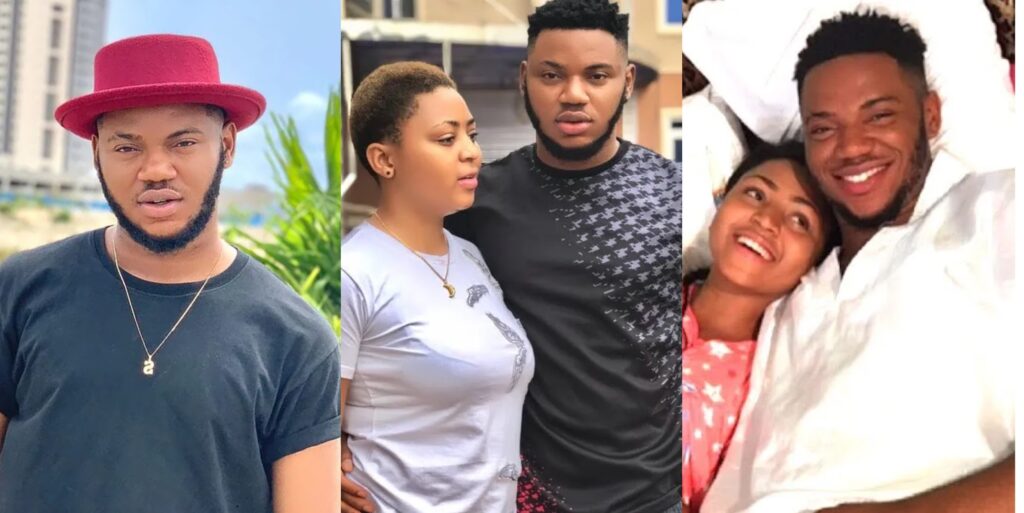 The pregnant Delta born thespian walked down the aisle amidst controversies to her 62-year old billionaire husband, Ned Nwoko in 2019.

Recalls that the actress in an interview revealed why she married him.

“I don’t think I can marry someone of my age because I’m very stubborn, My head is not down.

“My stubbornness can’t make me marry a young man but Mr. Nwoko has been able to cope with my stubbornness because I respect him a lot.

“I call my husband despite his age “baby”

“When I made up my mind to marry Mr Nwoko, I was more worried about what my family members would say and not what Nigerians had to say.”

However, News making the rounds online and on other various platforms claim that the actress was in a romantic relationship with fellow child star, Somadina Adinma.

According to Within Nigeria, the duo were never in any romantic relationship.

They were just friends and nothing more.

“They were just friends. Somadina never dated Regina Daniels. I wonder how that rumor started” A source close to the duo told Within Nigeria.

When asked who then was Somadina’s girlfriend as he was always seen with Regina before her marriage.

“I don’t really don’t know. I have never seen Soma with any girl ( like girlfriend matter), and sometimes i wonder. Because he is very handsome. But for sure, Regina and Soma never dated”. The source added