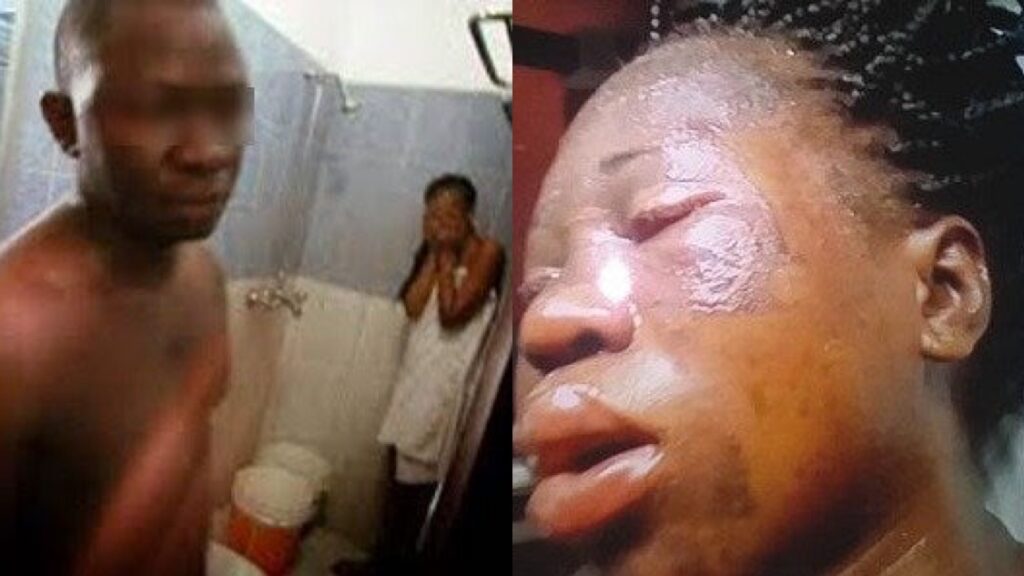 The incident happened at Aunty Toyin Street, Kedeibo Estate in Ijegun area in the outskirts of Lagos.

The couple, Mr. Chigozie Ezeofor and his wife Isioma have been arrested and charged before a Lagos court for their alleged involvement in criminal offences against the victim.

The court ordered the suspects to be remanded in prison custody at Kirikiri town, Lagos.

it was also reported that the victim and the suspects lived together, but the wife did not have the premonition that the husband had been sleeping with the lady. When she eventually knew, she became furious, boiled hot water and poured it on the victim which caused serious injury on her body.

The victim was immediately rushed taken to an undisclosed hospital where doctors have been making effort to save her life.

However, the woman realised at the police station where they were detained that it was her husband that actually forced the victim against her wish, and not as she had initially being told by neighbours, but by then the damage has been done.