“Nigeria Weather is Not Hot Like This”: Reaction As Nigerian Lady Abroad Frys Eggs under Direct Sun (Video) 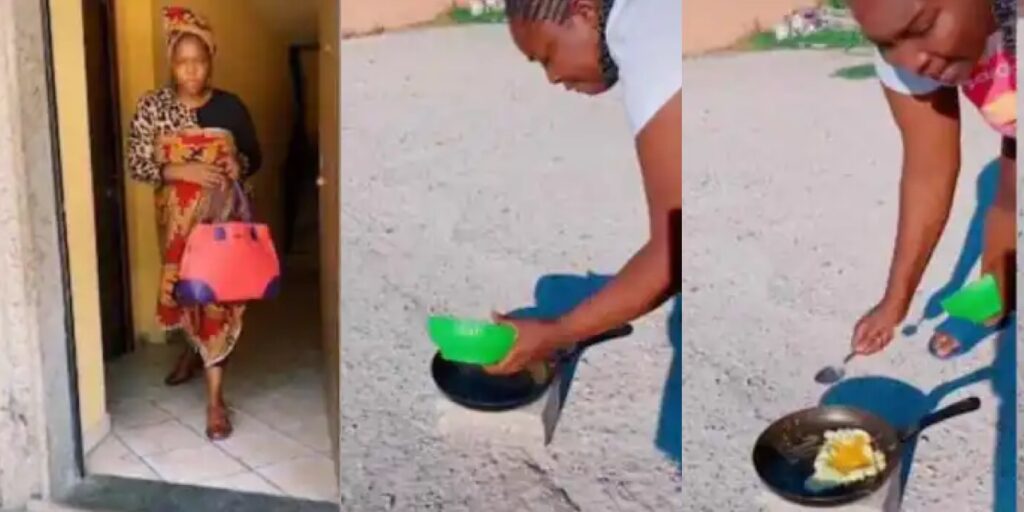 A young Nigerian woman living in Italy has provided evidence of the extreme heat in the city. In an unexpected video, she cooked eggs in a frying pan while it was exposed to the sun. While several sceptics claimed that she cooked the pan on a gas oven before putting it outside, her culinary demonstration delighted some online viewers.

A Nigerian woman living overseas jokingly said that because it is so hot in Italy, where she is situated, she won’t ever pay for gas again. Online opinions were divided when a woman in a TikTok video used a frying pan to cook eggs in the sun.

She first placed the pan on the floor and poured her eggs into it. Immediately the eggs touched the pan, it began reacting like it is prepared over a gas cooker or fire.

Many folks, however, felt the lady was chasing clout with her showcase and doubted her claim.

Hot Post:  “Me and your dad are proud of you” Actor Mustapha Sholagbade’s estranged babymama tags him as she celebrates their son’s achievement