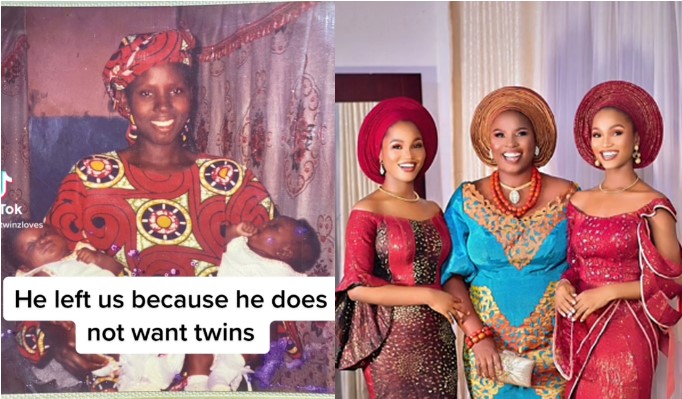 Popular Nigerian content producers Twinz Lovehave disclosed that after years of abandoning them, their father is now interested in re-entering their life. 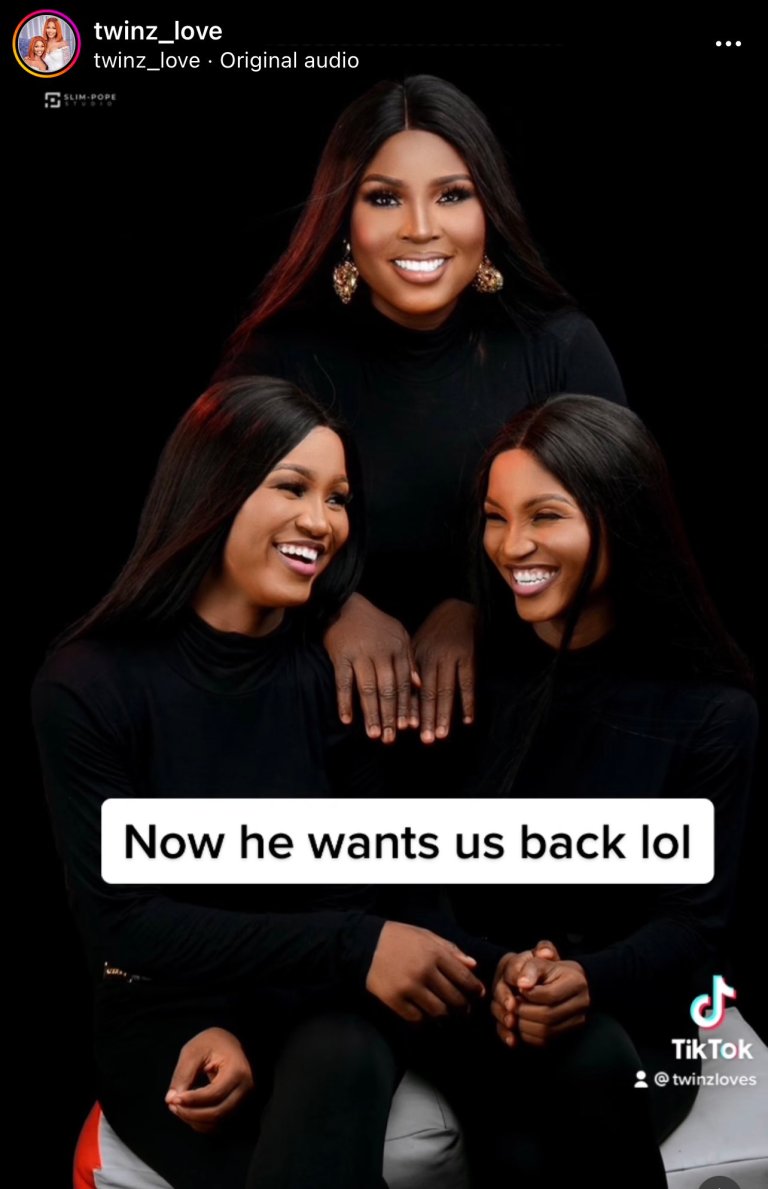 He left them with their mother because he did not want twins, according to the twin sisters Moyin and Doyin, who shared their experience on their TikTok account.

They revealed pictures of themselves from the past, when things were difficult, and from the present, when they are enjoying their successful skit-making careers.

Reports claim that Twinz Love recently bought a house and flaunted it on their Instagram profile.

But now their father, who had previously urged their mother to abandon them, is beginning to feel a tug to rejoin his family.

The mother described how her husband urged her to abandon the children by the roadside when they were still infants during an interview with BBC News Pidgin.

After the babies were turned away from an orphanage home, the mother claims that he instructed her to leave the babies on the highway. The woman followed instructions but then had a change of heart and raced back to carry them. Sadly, that day, he vanished from his house.

Images from the twins’ early years with their mother, who raised them solely, were featured in the video-reel they shared to commemorate how far they had have come.

The captioned the post: “He left us because he does not want twins. Now he wants us back.”