Nigerian Lady Goes Down On Her Knees, Begs Boyfriend Of 7 Years To Marry Her, he said no (Video) 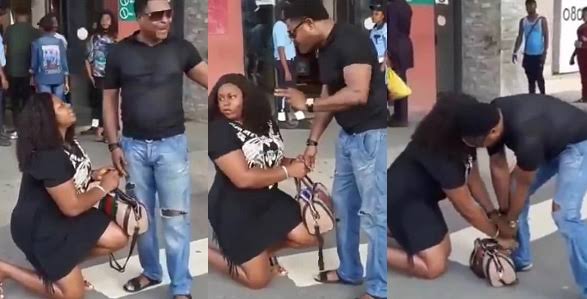 A video has emerged online showing a young Nigerian lady who went against all odds to propose to her boyfriend of seven years to marry her.

In the now-viral video, the couple could be seen walking out from a building, before the lady publicly went down on her knee, begging her boyfriend to accept her marriage proposal.

The young woman who didn’t care that people were looking at her in the public, insisted that he must accept her ring. She said she was tired of waiting for him to propose, so she decided to take the decisive posture.

Things didn’t turn out as we usually expected as instead of the man accepting the ring, he started shouting at her that she’s embarrassing him. 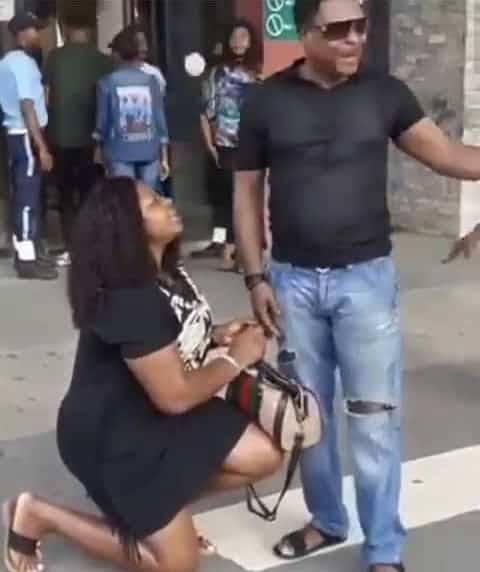 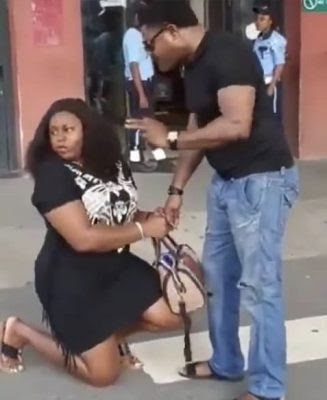