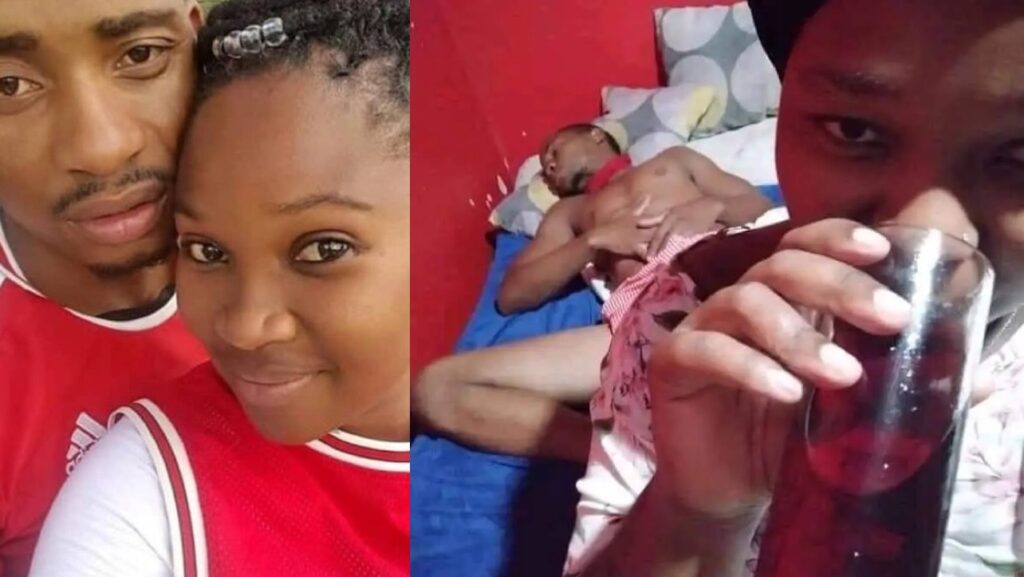 A Nigerian lady identified as Coco has spanked reactions online after she exposed her boyfriend’s weakness on Twitter.

She was definitely bragging about the weakness of her boyfriend and making fun of him as he slept feeling very exhausted.

According to her, she revealed that her boyfriend would always brag about his duration in bed and recounting the hilarious moments he bragged about shifting her womb.

It’s turned unfortunate after one round as the poor boy was seen heavily exhausted sleeping off his ass which gave the young lady the momentum to brag about her power.

“I will shift your womb” don faint on top one round o, I say make I update una”