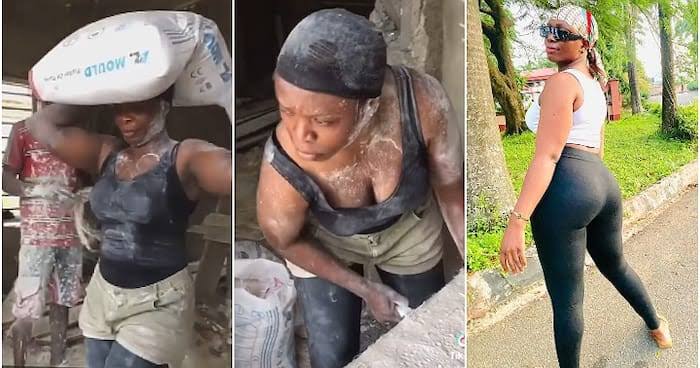 Okeke Stephanie, a strong Nigerian lady from Delta state, fixes Plaster of Paris (POP) overhead ceiling for a living. Stephanie said she threaded the career path despite facing criticisms at her early beginnings for doing a “man’s job”.

According to Stephanie, her father and aunty were not happy with her choice of job. They asked her to do something else while noting that fixing the POP ceiling is not a woman’s job.

Stephanie continued learning the job till she became a professional. According to her, the people who criticised her are now proud of her. PAY

Stephanie speaks about her challenge The young lady lamented bitterly that some people see her and assume she cannot do the job because she is a woman. She always tries to satisfy her customers so they can believe she is good at the job.