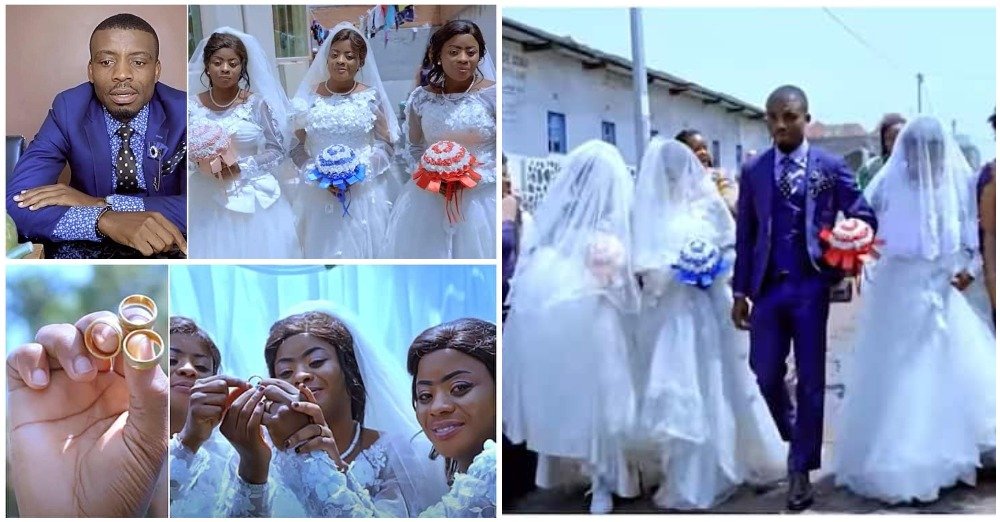 A Congolese man identified as Luwizo is the latest King Solomon in town. 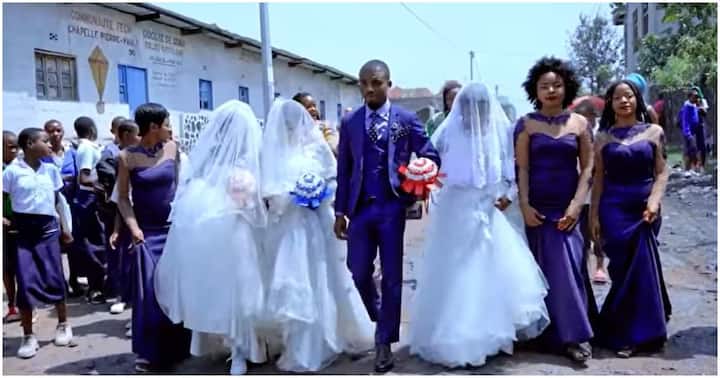 The polygamous man from Kalehe, South Kivu, in the Democratic Republic of the Congo, recently married triplets Natasha, Natalie, Nadege in a colourful wedding ceremony.

In an interview with AfriMax, Luwizo revealed he first fell in love with Natalie, who he met on social media and couldn’t resist.

Whenever Luwizo would visit Natalie’s home, and she was not around, he would be welcomed by one of the triplets and couldn’t differentiate them. With time, they both fell in love with him.

Luwizo said he was shocked to meet three identical women after visiting Natalie’s house to formalise their marriage.

“At first, when we told him he had to marry all of us he was shocked. But because he had already fallen in love with all of us, nothing couldn’t stop our plans since we were also in love with him. Even though people consider it impossible for three women to share one husband, but to us, sharing everything has been our life since childhood,” Natalie, one of the triplets said. 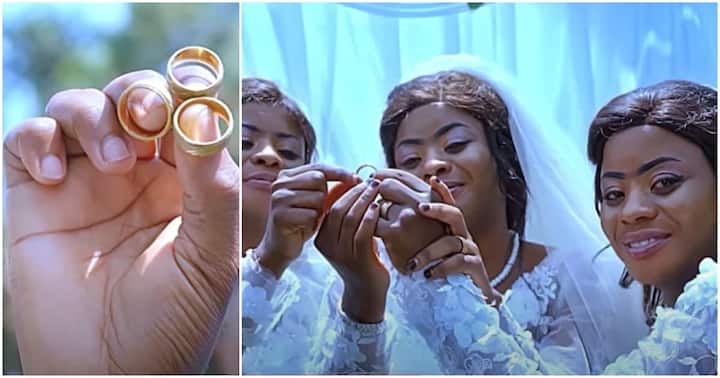 Speaking about the experience, the man said:

“I almost fainted. I asked them amongst all of you, who is Natalie? They told me I had met all of them on different days I visited. I became confused as I had planned to marry Natalie but what confused me was that I couldn’t marry one of the girls and leave the two behind.”

“I was obliged to marry to all of them because they are triplets. It wasn’t an easy decision because until now, my parents don’t understand what I’m doing.”

I’m happy I married them

Luwizo exchanged vows with the three women in a private ceremony attended by close friends and family although his parents did not attend the wedding.

The four enjoyed song and dance after exchanging wedding vows, and the polygamous man said he is happy.

“You have to lose something in order to gain another. In addition, one has their preferences and their own way of doing things. So I’m happy to marry the triplets no matter what others think. My parents despised my decision that’s why they didn’t attend my wedding. But all I can say is love has no limits,” she said.