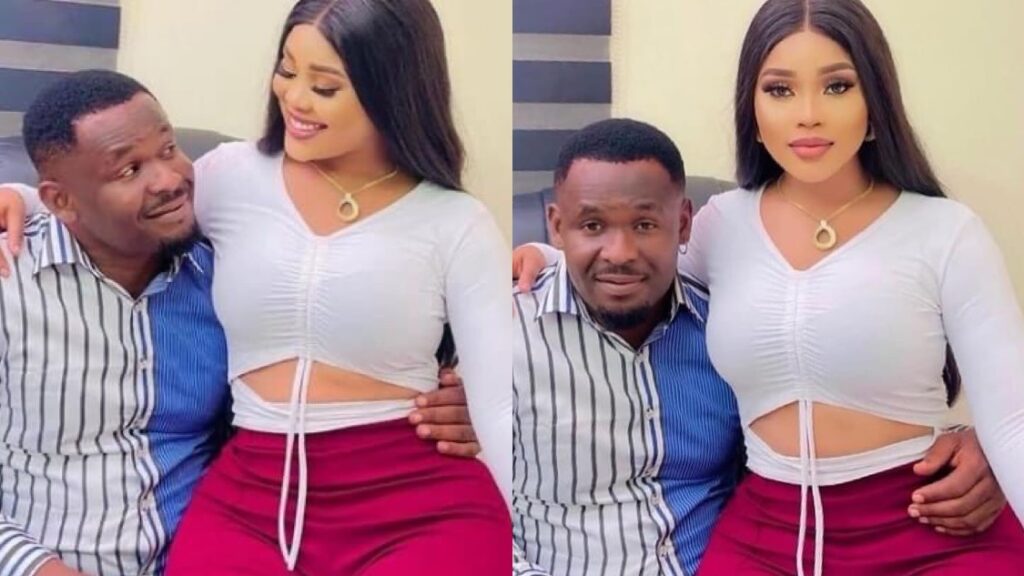 One name that is bound to ring bells in recent times whenever you talk about Nigerian movies, especially epic movies is Zubby Michael.

The 36-year old rugged actor is currently the toast of the country’s movie industry. He has proved his mettle overtime as a gifted actor and favourite of many film producers.

Known for playing royal prince, lover boy, villain, gangster roles in movies, the actor, who marked his 36th birthday on the 1st of February in grand style, fits into roles which have endeared him to many movie buffs. They admire his versatility and humility.

Till date, lovers of Nigerian movies are still talking about the roles he played in such movies as “Three Widows” starring actress Ngozi Ezeonu, Oge Okoye, Queen Nwokoye, late Justus Esiri, Naa Ashorkor Mensah-Doku, “ Royal Storm” and The Generals” among other blockbuster movies.

In fact, since he made his acting debut in the 2007 movie, “Missing Rib”, Michael has not looked back in his quest to conquer the screen in Nigeria and beyond. Though “Missing Rib”was his first movie, it was “The Three Widows” where he played the lead role that put him in the spotlight.

Citing “The Three Widows” as his most challenging movie ever, in a chat with our reporter, the handsome and tough-talking, actor said while the production of the movie lasted, he had sleepless nights rehearsing and memorizing his lines.

“I was a prince in that film and it was my first lead role. I had sleepless nights rehearsing and memorizing my lines. When the movie was released, my phone never stopped ringing as every producer wanted me on his set,” the actor added.

Michael described his venturing into acting as an accident, adding that he was already a successful businessman who was living large in Onitsha before he later dumped his lucrative business for acting.

Narrating how his acting career began, the Mass Communication graduate from Nnamdi Azikwe University, Awka, said it started like a joke as he was led by God.

“I came to see a friend, Solomon Amaco when they were shooting a musical video. I wasn’t there to be part of the production, but to have a drink with them. Later, I was given the role of a gate man in the movie, “Missing Rib’ starring Ramsey Nouah and Tonto Dikeh as the lead characters. But when I featured in my second movie, ‘The Generals” starring the likes of Jim Iyke, Mike Ezuruonye, Uche Jombo among others, my story changed.”

“After the production, I became the most sought actor by the producers and directors. That was when I knew that I was destined to be an actor. Put succinctly, I ventured into acting by accident,” the actor narrated.

Narrating further, Michael said he was already living large before venturing into acting.

“I was a successful business man. I was driving Mercedes 190 back then in 2007. And I used to buy drinks and share money among my Nollywood friends. That was how the big film makers in Asaba came to know me. They were using my car to pick the likes of Jim Iyke from the Airport. I was like an errand boy to them in a big way then. When I ventured into acting which needed my attention, and was getting bigger and bigger, I had to dump business for acting . Now, aside being an actor, I am also a successful movie producer. I have shot a couple of movies,”the actor revealed.

Michael, who has been plying his trade in Asaba, the Delta State capital, since he debuted his acting career, recently moved to Lagos, in his quest to conquer the big screen in the country.

Explaining why he decided to relocate to Lagos, the actor said he needed to take his acting career to the next level.

“My acting career kicked off in Asaba, but now, I have moved to Lagos. It’s Lagos time. Since I moved to Lagos, producers and directors have been contacting me. The long and short of it is that we are working as usual,” he teased.

According to the actor, Funke Akindele invited him to star in her newly released blockbuster movie, ‘ Omo Ghetto The Saga” and after the production, “she advised me to stay back, let’s do something bigger.”

“And Lagos being what it is, I decided to buy a house for myself in Lekki, where I can be comfortable to start a new life in the centre of excellence. it’s a vision in progress,” he further explained.

On what it was like working in Asaba, the rugged actor who was appointed in 2019, as the Special Adviser on Media to the Anambra State governor, Willie Obiano described Asaba as ‘a breeding ground for Nollywood.’

“Asaba axis is fire for fire. I love Asaba because in as much as I am not meeting my fans’ expectations, I appreciate the fact that we have so many young film makers who are trying to survive out of nothing.”

He further said “If Hollywood producers will storm Asaba in search of talents, they will be shocked with what they will see- a parade of raw talents.”

However, describing himself as ‘product of destiny’, and his journey into Nollywood as ‘a miracle’, Michael, who hails from Ozubulu, Okwusigo Local Government Area of Anambra State, said his dream is to become the biggest actor in Africa in the next five years. He’s also not looking back in his desire to conquer the Lagos movie scene in no distant time.

Interestingly, Michael said he doesn’t reject scripts in as much as he’s not going nude on set.

“I don’t reject. Once I am not going naked, I will star in the film,” the actor said.

On how he handles his female fans, he paused before saying “I avoid them.”

“This is because, he continued “I am scared of them. In this type of career that I ventured into, you must be careful and avoid women. It’s not that I don’t like them. The journey needs total focus and hard work. Honestly, I don’t have a girl friend.”

“ Women need attention and if you are not ready to give them that attention, there is no need allowing them to hang around you. One needs to work hard and ensure that he cannot be hungry again. As an Igbo man that’s what I believe in. Marriage and girl friend should wait for now. I need to be comfortable in life before thinking of having a girl friend or getting married,” Michael added.

The actor said even though he has no girlfriend, he doesn’t snub women when they come around him.

“I welcome them, but you will know that there is nothing going on between us. I wouldn’t want any girl to commit herself because I am not ready. I don’t want to deceive any girl so that she doesn’t swear or curse me. I am focusing on my acting career for now,” the actor stated.

Michael, said he tries to be as professional as possible whenever he’s playing a love scene with an actress. “I try to be professional and once they say cut, I stand up and go home,”he enthused.