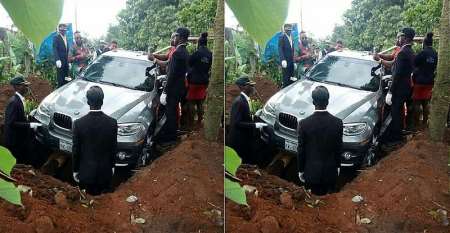 According to reports, the car which is worth about N32 million naira (GHC 419,799 Ghana Cedis) was used in place of a casket and planted into the already dug ground.

The photo, which has since gone viral, has sparked a debate among social media users with almost everyone condemning the act.

Some people who commented on the photos wondered if they were from a scene in a movie. 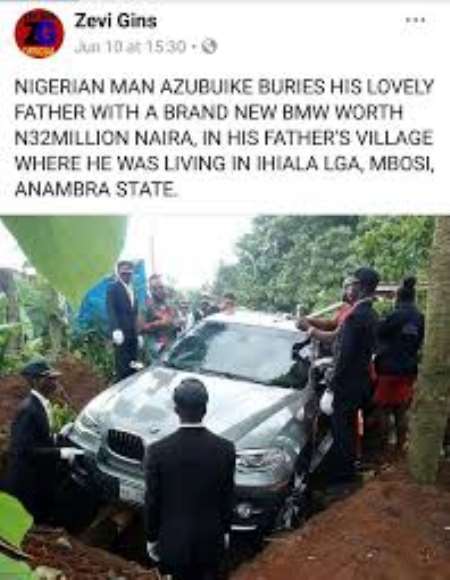