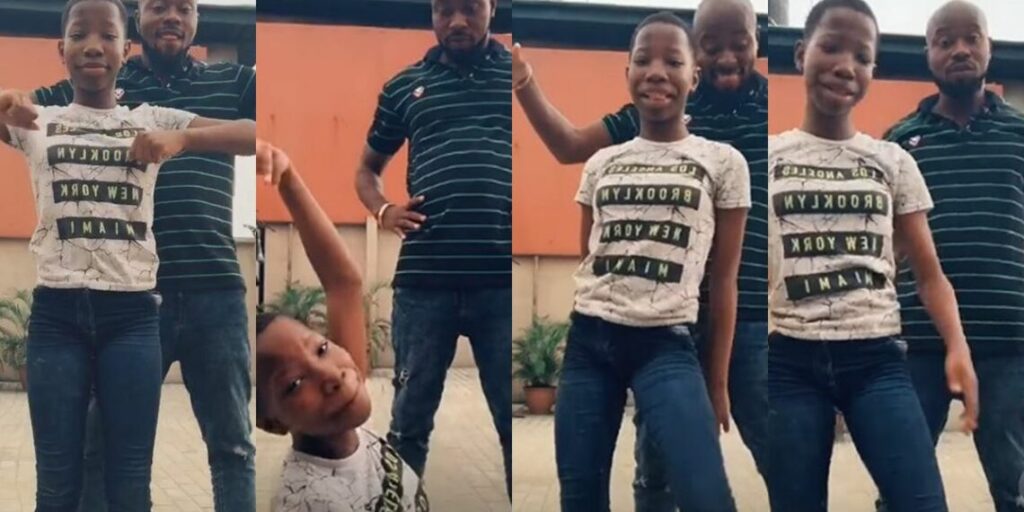 A dance video of the popular kid comedienne,Emmanuella Samuel with a man has stirred massive reactions among social media users.

In the short TikTok video, Emmanuella and the man could be seen singing and dancing to the popular American crooner, Jason Derulo’s song titled ‘Love Not War’.

In the clip, the comedienne visibly put up some energetic dance moves.

However, netizens tackled the kid entertainer over her choice of music; which they felt was adult-related.

Reacting, one Raymonf mark wrote:“Emmanuella, do you realise that God gave you a talent for arts, and you are now using it for the world?”

Memj Creativity wrote:“At 12 years old, you already know how to whine your waist? Beautiful Emmanuella, but just enjoy your fame, money and childhood in a Godly way.”

Jennifer_ wrote:“Of all songs, it’s can we just make love. This girl, I no dey understand you again.”