5 Short Nollywood Actors Whose Real Ages Will Surprise You (Photos) 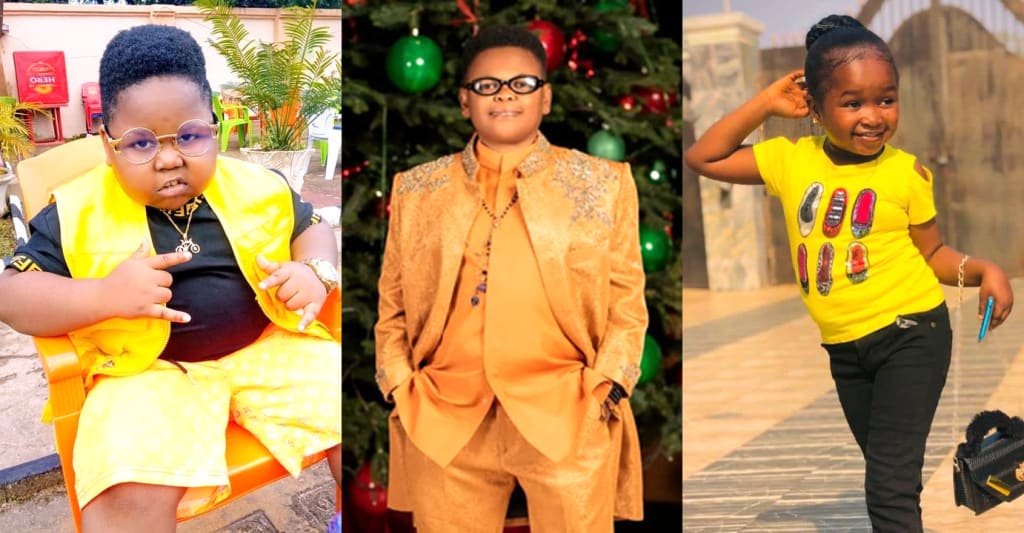 Upon looking at anybody, one of the first things we take notice of is the person’s height, especially if the person isn’t the “regular” height. If a person is too tall or too short, we quickly take notice of it. Both of these things also come with their own associations in our mind. We often associate shortness with young people and so when a person is short, we immediately think that they are very young in age. But this is not always the case.

Today we’ll be counting down 5 Short Nollywood Actors Whose Ages Are Surprising. Are you ready to see who is on our list for today? Then let’s go!

**Before reading on, please make sure to like and follow my Facebook page (Jide Okonjo)so you don’t miss out on any new and interesting lists, articles, and stories that I post every single day. I have a really fun page. If you like my page, you will have fun too. So what’s stopping you? Like my page and let’s have fun together!

Chikamso Ejiofor is a talented Nollywood actor who is also popularly known as Ozonigbo, Sunnyboy, Ntu, and NwaEzendiala. He was discovered by Anaele Ugochukwu Dominic and often stars in Rockcelly films. He has been in movies including Nwa Ezendiala, Soapy & Shoki, and many others.

Upon looking at Chikamso, it will be many people’s first thoughts that he is a child actor, but Chikamso is anything but. Chikamso Ejiofor was reportedly born on the 6th of March, 1994 making the Nollywood actor 28 years old.

Mary Onyemena popularly known to many as Miss Koikoi is a talented Nollywood actress and film producer. She has starred in a number of productions including The Ultimate Village Girl, Illiterate Pretty Woman, Ring of War, Spirit of a Stranger, and more. She is also a skit maker and posts funny skits on her Instagram and social media.

Upon first glance, it is easy to assume Miss Koikoi to be an age that she is not. According to reports, Miss Koikoi was born on the 29th of December, 1985 making her 36 years old at the time of this publication.

By far one of the most popular short actors in the Nigerian entertainment industry is star actor and talent, Osita Iheme. Osita Iheme also known by many as Pawpaw is a veteran actor who has starred in a number of hit movies including Aki & Pawpaw, 2 Rats, Mr Ibu, Mirror Boy, Christmas in Miami, and more.

While Osita Iheme still has a small stature and a youthful energy, the actor is no small boy. Osita Iheme was born on the 20th of February, 1982 making him 40 years old at the time of this publication.

While most people believe that Osita and Chinedu are brothers, twins, or the same age, none of these are true. In fact, Chinedu Ikedieze is older than Osita Iheme. Chinedu Ikedieze was born on the 22nd of December, 1977 making him 44 years old at the time of this publication.

Obio Oluebube is a Nigerian actress from Anambra State who is making quite the name for herself. She has acted alongside big names like Mercy Johnson, Chiwetalu Agu, Ngozi Ezeonu, and more. She has also featured in a number of comedy skits and had her own sketch “Aunty Put Me Down” which did very well.

Despite her small stature and look, Obio is an adult woman. She was born on the 12th of August, 2004 making her 18 years old at the time of this publication.

Which, if any, of these celebrity’s ages surprised you the most? Let me know by leaving a comment either below or on my Jide Okonjo Facebook post.