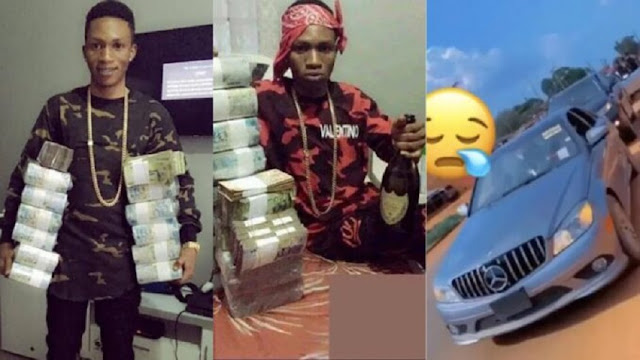 A man who claims he ‘signed a contract with the devil’ has revealed he that he has been given just 12-years to spend 20 billion naira.

In a video clip shared online to this effect, the young boy could be seen living large as he flashes wads of money in a bag everywhere he goes.

He explained in the video attached that he was instructed never to invest the money or give it to any family member except to spend it lavishly on anything he wants.

He noted in the video: