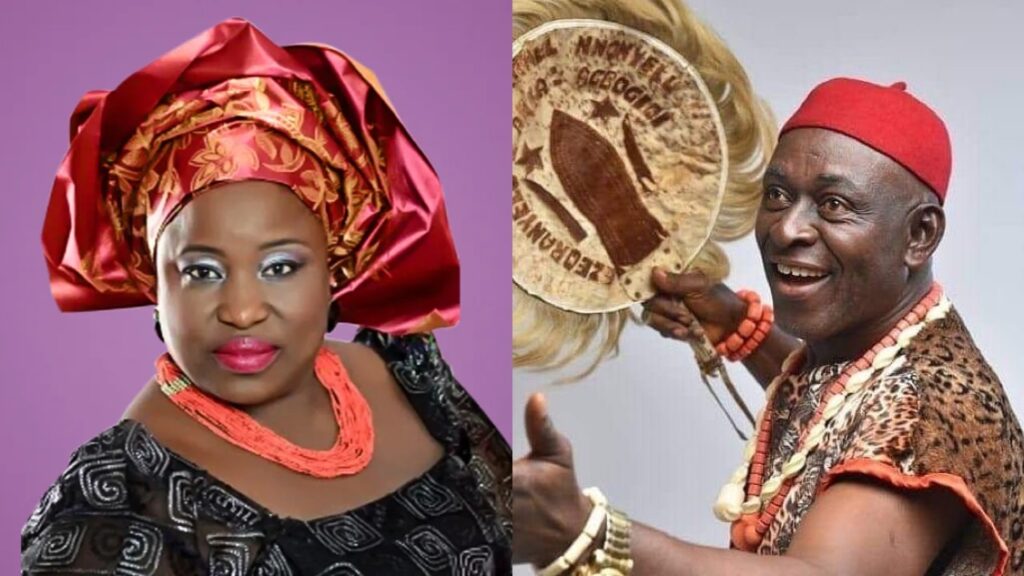 The Actors Guild of Nigeria (AGN) confirmed this development in a statement released this afternoon. According to the statement, the families of both actors disclosed they were missing as they both failed to return to their respective homes after the filming. The statement reads in parts;

Two members of the Actors Guild of Nigeria, Cynthia Okereke and Clemson Cornel were reportedly missing after their family members confirmed they didn’t come back from a film location at Ozalla Town, Enugu State.

The two members were suspected to have been kidnapped and this has increased fear amongst members about the safety of Actors filming in the country.

The National president is shocked over the ugly incident and urged the security agencies to speed up investigations that would lead to their safe rescue. 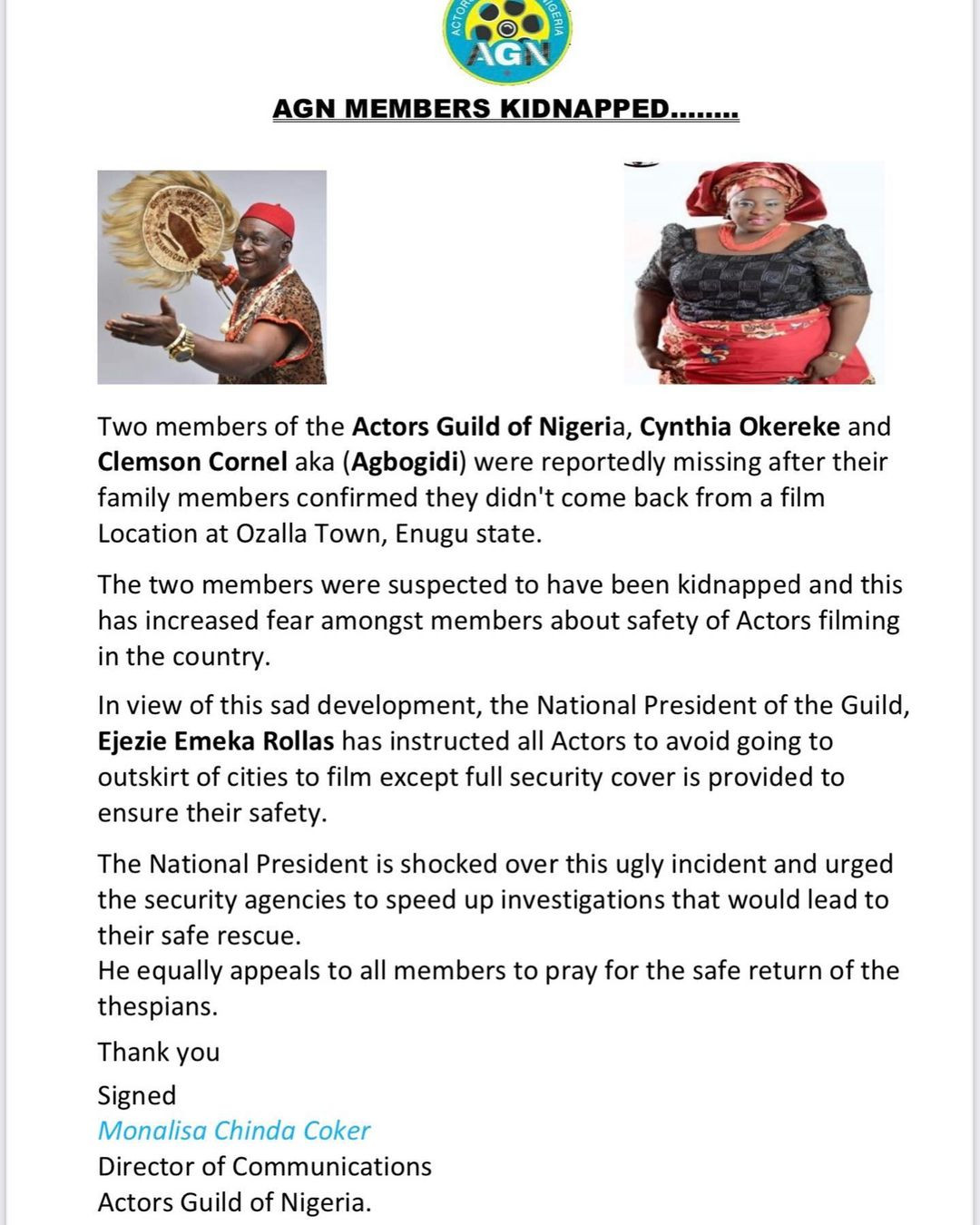