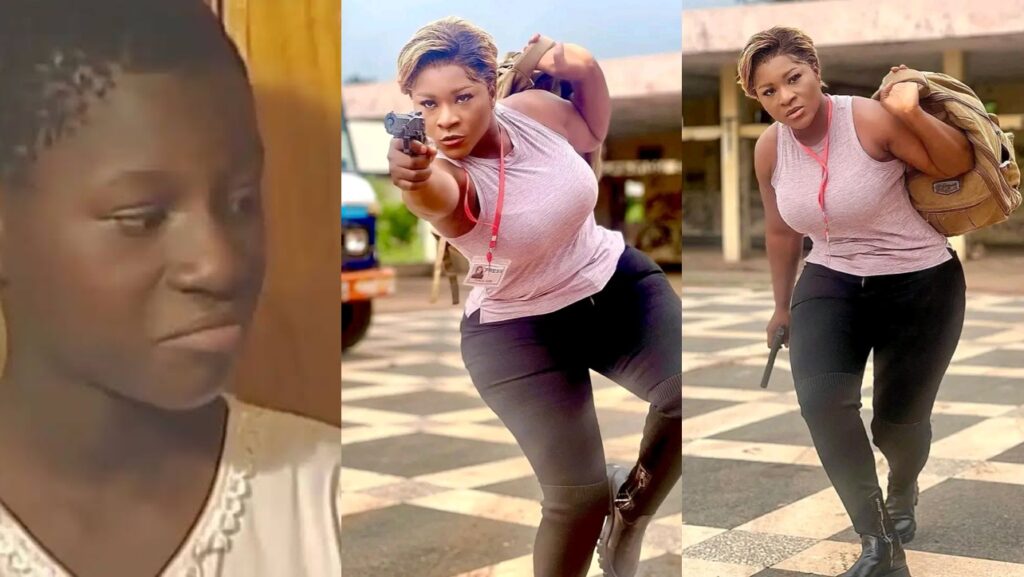 The entertainment and film industries in Nigeria have grown significantly and are now among the most competitive in the country. As a result, in order for a rising actress to be successful and receive praise, she must be willing to put in more effort, the same way Destiny Etiko did, to demonstrate that he or she has something special to offer.

In this piece, I’ll show you how Destiny Etiko, a famed Nollywood actress, has progressed since her debut in 2011 and how she has established a reputation for herself in Nollywood in just a few years with multiple awards in her archive. Destiny Etiko, or the Drama Doll, as she is often called by her fans, has successfully established herself as one of the most successful actresses in Nigeria.

She’s now rubbing shoulders with a lot of seasoned actresses who paved the way for her and happen to be one of the most sought after in the movie industry.

Destiny Etiko, who was born on August 12, 1989, in Nigeria’s southern region, precisely in Udi, a hamlet in Enugu state, received her elementary and secondary schooling there. In a quest to further her education, the curvaceous actress gained admission to the prestigious Nnamdi Azikiwe University, Anambra, where she earned a bachelor’s degree in theater arts.

While still in secondary school, the gifted young actress, with great acting skills, registered with the Actors Guild of Nigeria in Enugu State, which was her first entrance into the Nollywood industry.

From there, she started attending movie auditions and playing minor roles in movies, where her talent gradually came to light. Idemili was Destiny Etiko’s first Nollywood movie and the springboard that launched her illustrious career. She was offered the role of Ekemma in the film.

Her remarkable performance and ability in delivery earned her a nomination for the City People Entertainment Awards, which she won in 2016.

Destiny has appeared in over 100 Nollywood films, making her one of the most successful emerging Nollywood actors.

Because of her passion, dedication to her acting career, and how well she plays any role given to her on a movie set, she has emerged as one of the most sought-after and loved upcoming actresses in the movie industry. She also won the Africa Magic fans’ choice award for best new actress. She won Best Actress in a Supporting Role at the Golden Icon Movie Academy Awards and Best Actress in Nigeria at the Best of Nollywood Awards.

Destiny has appeared in over 100 Nollywood films, making her one of the industry’s most successful newcomers. She has emerged as one of the most sought-after and loved emerging actresses in the movie industry due to her passion, dedication, and ability to perform any character assigned to her on a movie set.

Unlike what has become the norm in the Nigerian movie industry which is relocating to Lagos state in order to succeed as a creative, Etiko who was born in Enugu state, still resides there and has been living there throughout the course of her acting career. Etiko in an interview affirmed that she had been a victim of sexual harassment against women by male movie producers who are by far the majority as pertains movie productions in Nigeria. Etiko in 2019 gifted her mum an aparthttps://en.wikipedia.org/wiki/Enugu_statement and praised her for supporting her decision to become an actress. Her father on the other hand had vehemently opposed her decision to become an actress at the initial time. In May 2020, she lost her father.