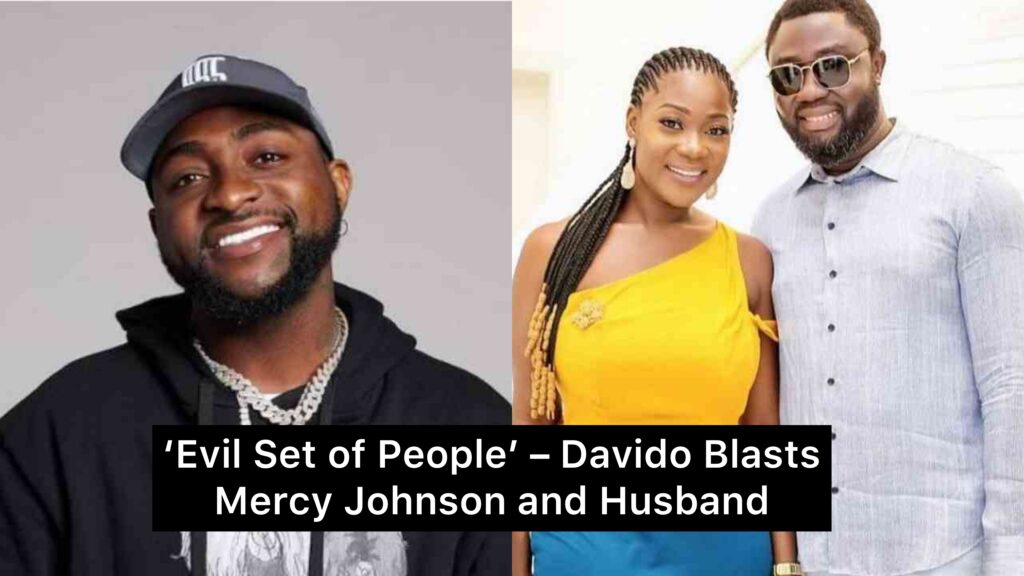 Davido made a remark when Badmus and the rest of her coworkers congratulated Mercy Johnson on the alleged birth of her fourth child.

Wicked pole…. Congrats tho’, he wrote.

When a concerned fan asked the reason for such a spiteful comment, he replied, ‘nothing just evil set of pole that’s all”

Well, it was gathered that the reason is not farfetched.

It could be recalled the Omo babaolowo crooner was reportedly paid a sum of N3milion to perform at the unveiling of the Okojie’s luxury hotel, Henod Luxury Hotels in Abulegba, Lagos.

Unfortunately, the 27 year old musician who on his Instagram page announced that he will be present at the grand launch failed to show up.

However the whole arrangement which appeared to have been sealed turned to a disappointment.

Davido who is presently on tour in America, refused to show up and all efforts to speak to his management team proved abortive since they stopped taking calls.

On that note, Mercy Johnson and her hubby, dragged him to court.