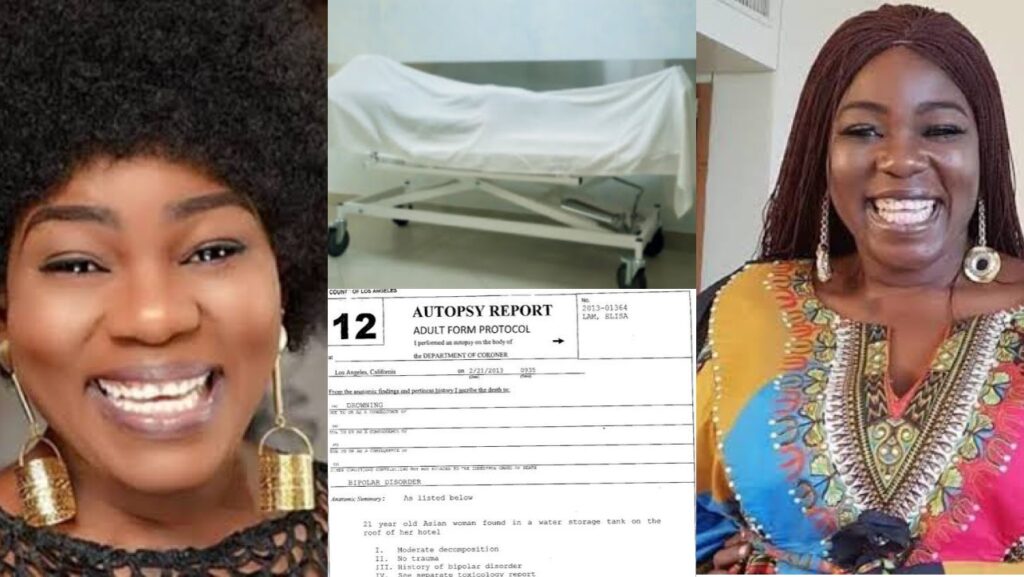 It was gathered that Ada Ameh, who had lost her only child in 2020, died in Warri, Delta State, around 11 pm on Sunday, a source who pleaded anonymity said on Monday morning.

Ameh was said to have been a guest of an oil company toyshop and his family when she suddenly collapsed.

Meanwhile, Ada Ameh’s last post on Instagram which was at about 12.53pm on Sunday, July 17, reads, “Happy new week fams. This trip for my friends elder sister, is just an enjoyment gallow!!! Thanks my darling sister phil. I really enjoyed myself!!. God bless my love. May dreams come true in Jesus Christ name “

Her worried fans stormed her comment section to express their shock and pains over the ugly news.

In a new update, KFN got a hold of the news that Ada Ameh died of mental issues and a heart attack.

According to the blog, a family elder had disclosed that she died from mental issues and heart attack.

“Just in: So we just confirmed from the Family Elder now that Ada Ameh is gone, this is Heartbreaking. May her soul Rest in Peace, the cause of the death was said to be from mental issues and heart attack”.

May her soul RIP!!

listen to the conversion below about how she died, Swipe left