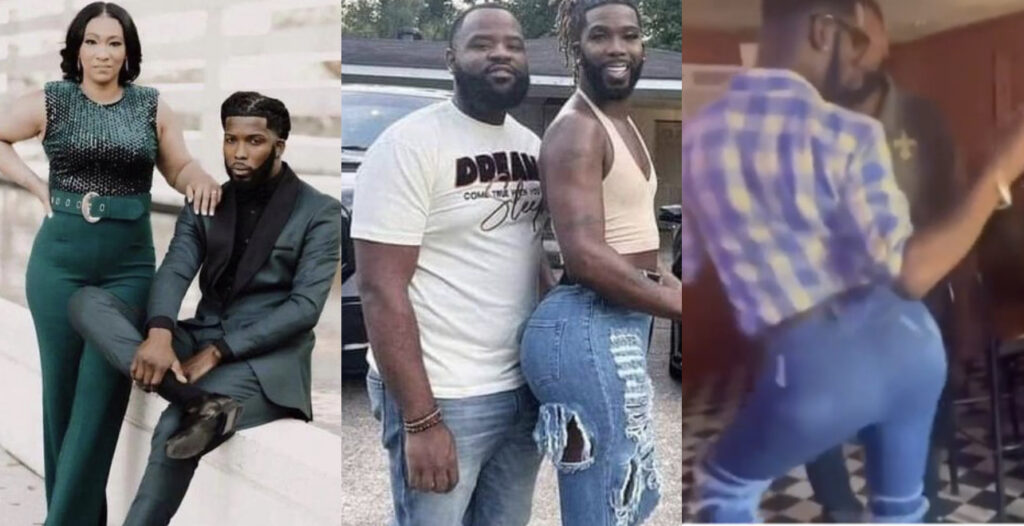 A young American guy named Clarence – Has taken over social media trends after announcing his engagement with his male lover.

According to reports surrounding the whole brouhaha, Clarence has impregnated and dumped his immediate fiancee just a month after giving her the engagement ring.

The news about Clarence’s marriage to his new male lover named Kirk Scoot went viral after a grided picture of him and his girlfriend and that of his soon-to-be male partner landed on Facebook.

Netizens who still can’t believe this 1 in a million development have shared their opinions on the whole dumbfounding saga.

Clarence’s pregnant ex-girlfriend is yet to publicly speak about the betrayal and trauma she’s currently going through because she never expected such a shocking narrative.