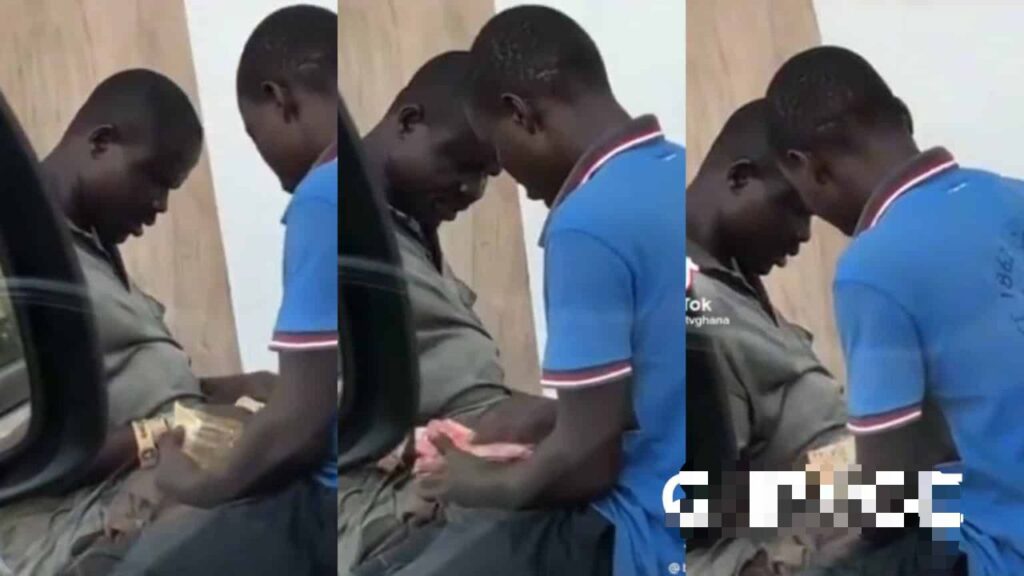 Apparently, the supposed blind man had courted sympathy from road users and pedestrians after he took to the streets to beg for alms in traffic in an unknown location in Ghana.

Some people were kind and benevolent enough to offer him money in different denominations, unknown to them that they were being scammed by an imposter.

Many social media users were stunned after the man thought to have lost his sight was filmed sharing the money he made with his assistant with his eyes wide opened.

The video was recorded and shared online by a road user who monitored the duo who had formed a tag team to dupe unsuspecting victims to expose their antics.

The viral video has triggered a mix of upsetting and shocking reactions among internet users who believe these imposters need to be fished out and punished by law.