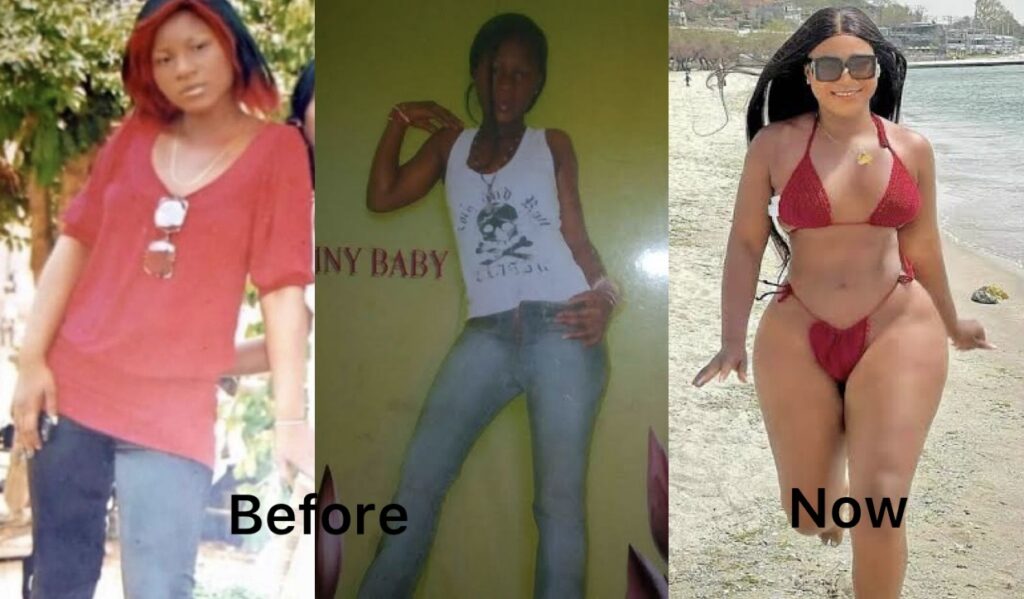 Nollywood actress Destiny Etiko has been accused of going under a knife.

She was accused by her fellow actress, Luchy Donalds, she also claimed that, she has been deceiving her fans and followers by claiming natural tummy and a$$.

Trouble started after Luchy Donalds took to her Instagram page to share a video of her flaunting several Gucci bags and other designers items she got for herself.

However, many fans and followers left nasty comments on her page, wondering if Luchy Donalds really shopped from the designer shops indicated in the shopping bags.

Some netizens even dragged Luchy for faking the items saying the bags in the video were empty.

Similarly, her colleague Destiny Etiko in a now-deleted post, also shaded Luchy by sharing a cryptic post on her page; she wrote ‘Empty Bags’, and some fans attacked her for shading Luchy.

Reacting to this, Luchy, in a post shared on her page, exposed Destiny Etiko for undergoing several surgeries and claiming her tummy and ass are natural, adding Destiny is bitter about the bags she shared online.

Luchy dares Destiny Etiko to drag her directly, and she would be her worst nightmare adding she’s calm and doesn’t ever look for trouble.

She wrote: So some idol who has been doing surgery up and down claiming natural tummy and ass is bitter about my bags. I am very calm but ask o hmm, I will be your worst nightmare. If you drag me directly.

Keep coming indirectly for now. You make everything one doing well your competition Ewu. Ask ooo I don’t look for trouble but don’t ever dare look for mine… don’t delete your post idiot