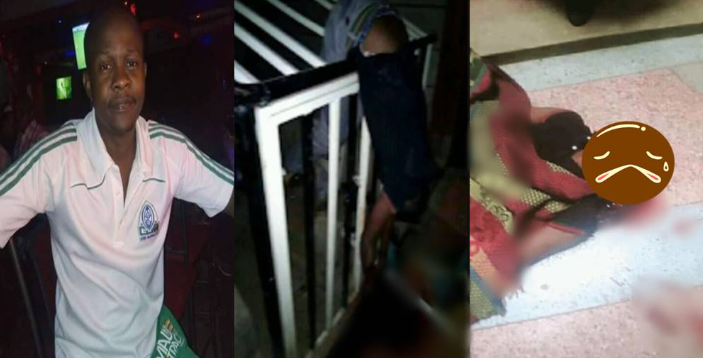 Dickson Samba, A Kenyan man reportedly caught his wife bonking another man after he returned home unnanounced, but he unfortunately lost his life.

Dickson after he returned home, caught his wife on another man, and he immediately engaged the man in a fierce fist fight at their home in Umoja Estate, Nairobi.

Unfortunately for him, he fell off the balcony, and died from the injuries he sustained. Eyewitnesses alleged that the man he caught having sex with his wife, overpowered and pushed him over the rails of the balcony of the 4th floor. While the suspect disappeared from the scene immediately with his whereabouts still unknown, it was gathered that the deceased went down, head first, and died on the spot, following injuries sustained from the fall.