Nigerian comedienne and actress, Emmanuella of the Mark Angel Comedy, has dispelled rumours about the husband of Nollywood actress, Regina Daniels, Ned Nwoko’s plan to pay her bride price.

The 11-year-old TV star, who has grown to become one of the top entertainers in the country made the clarification on her official Facebook page.

The talented actress denied any claims which had reported Ned Nwoko receiving marriage lists from her parents.

This comes after Emmanuella shared a post on Facebook and a curious fan asked her about her supposed marriage plans.

The fan who seems to have heard about the  rumours advised her about not destroying her future,  Emmanuella responded by stating that the news is fake. 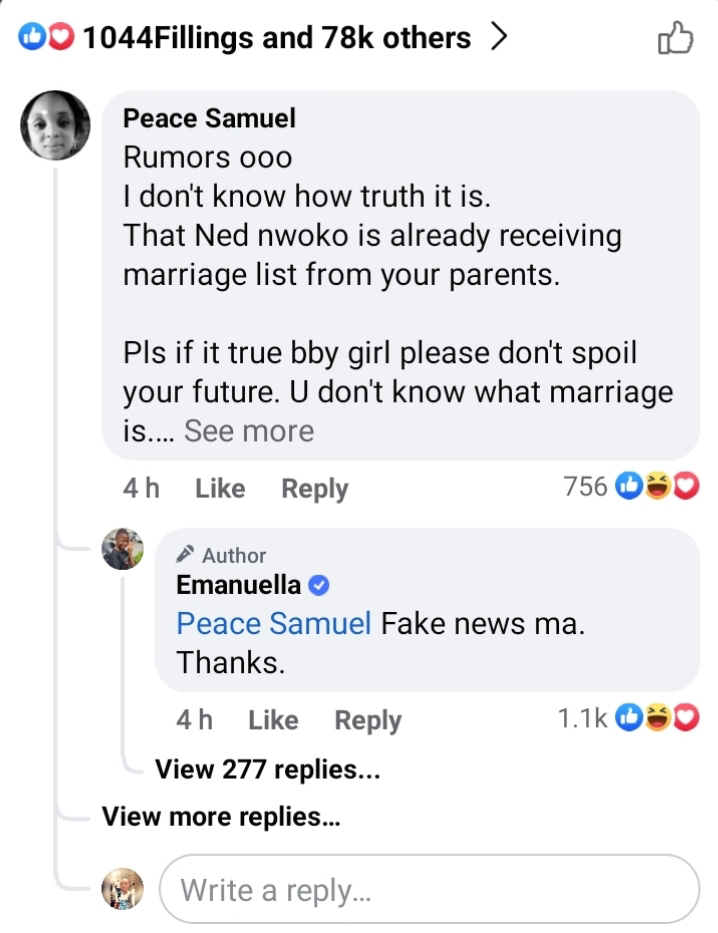