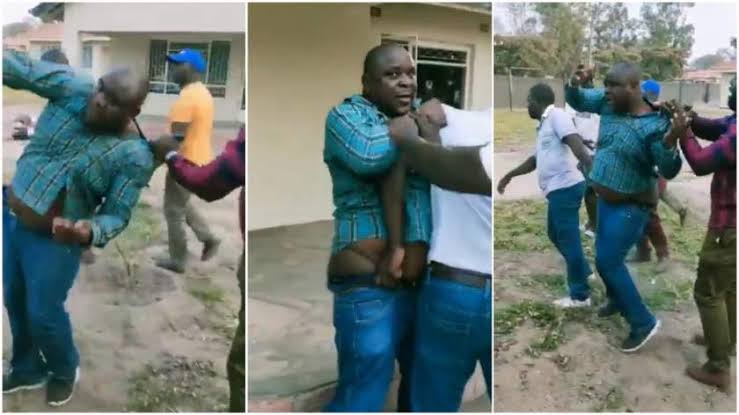 A Zimbabwean man who was caught red-handed trying to sleep with the wife of his boss was nabbed and subjected several beatings.

In the video, the man wearing the orange is believed to be the one who hinted the crew about the adulterous affair between the two.

Reports revealed that the boss, husband of the unfaithful wife still wants to spend the rest of his life with her despite the affair.