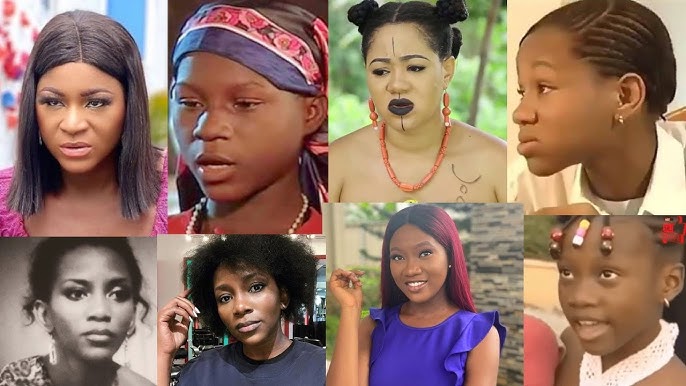 Chinenye Nnebe is a very talented actress, model, and TV personality has been in the Nollywood movie industry for over a decade. Chinenye Nnebe started as a child actor. Under the guidance of her mother, she acted in her first movie at the young age of 3. This was in 2000, She delivered a good performance for a debut and progressed in the industry year in year out.

Veteran Nollywood actor Williams Uchemba joined the Nigerian movie industry in 2000 as a child actor and rose to fame while he was a kid in 2001 after featuring in the Nollywood hit movie, ‘The Journey of the Dead’.

Somadina Adinma, a popular Nigerian actor, began his acting career as a child actor in 2006. At the age of seven, he got his first role in a Nollywood movie called “Beyond Death.”

Popular Nigerian actress Regina Daniels made her first debut in Nollywood in 2010 at age 9 and became a sensation where she starred in ‘Miracle Child’.

Funke Akindele made our list of kid stars as she started her career at a young age. She rose to popularity after starring in the Nigerian teen sitcom ‘I Need To Know,’ which aired from 1998 to 2002.

Nigerian-born Nollywood actress Destiny Etiko started acting as a child actor in 2003 when she was in Jss3.