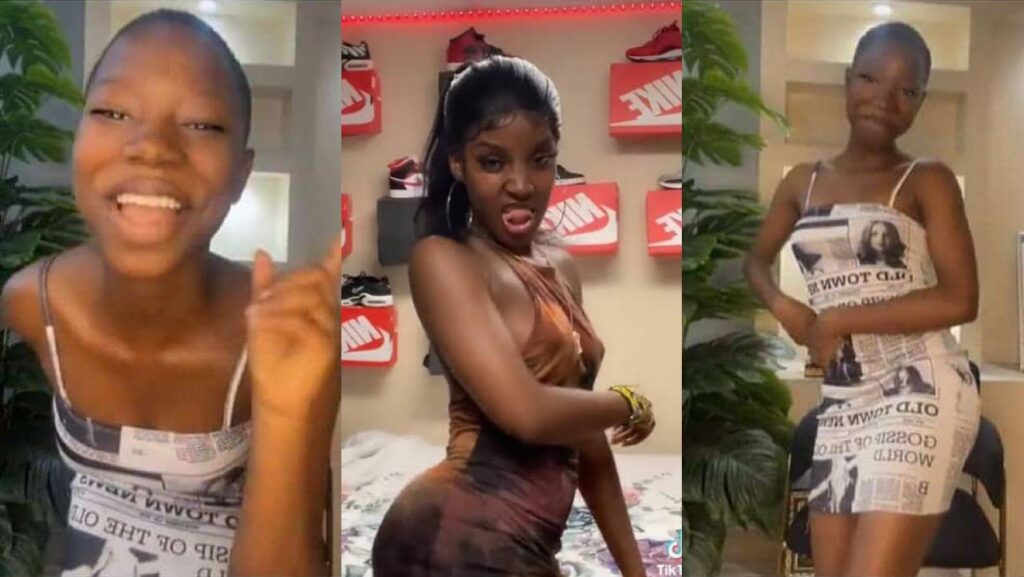 Many couldn’t help but pass lovely comments about how the comedienne has grown into a beautiful young lady.

Top comedienne Emanuella has been catching the attention of social media users recently, and she just did that again.

A dance video of the funny girl surfaced in the online community, and many couldn’t help but point out how she has evolved from the little girl they used to know just a few years ago.

Emmanuella was seen busting moves to Wande Coal’s viral Gentility song in the dance video, which caught the attention of netizens.

The young girl also took things up a notch as she whined her waist to the track in an effort to recreate a viral dance move on social media.

arhore said: “Wow!! She’s so grown and looks beautiful.” chantelarnold said: “Emmanuela don’t do this at all because you are too young for this, I beg you in the name of Jesus.” iamrealeddie said: “Shebi you don forget say you dey enter Ned Nwoko eye abi.”

__lostbwoy said: “I saw this on Facebook and some comments were so funny.

chi_mdi_ said: “This will now make Ned to table an improved Bid‍♂️‍♂️…..with Ad-ons.”

daezy_obi said: “Hmmmmmmm this girl don grow finish and she don they fine ontop.. God abeg make she no they enter these old men eyes oo .”