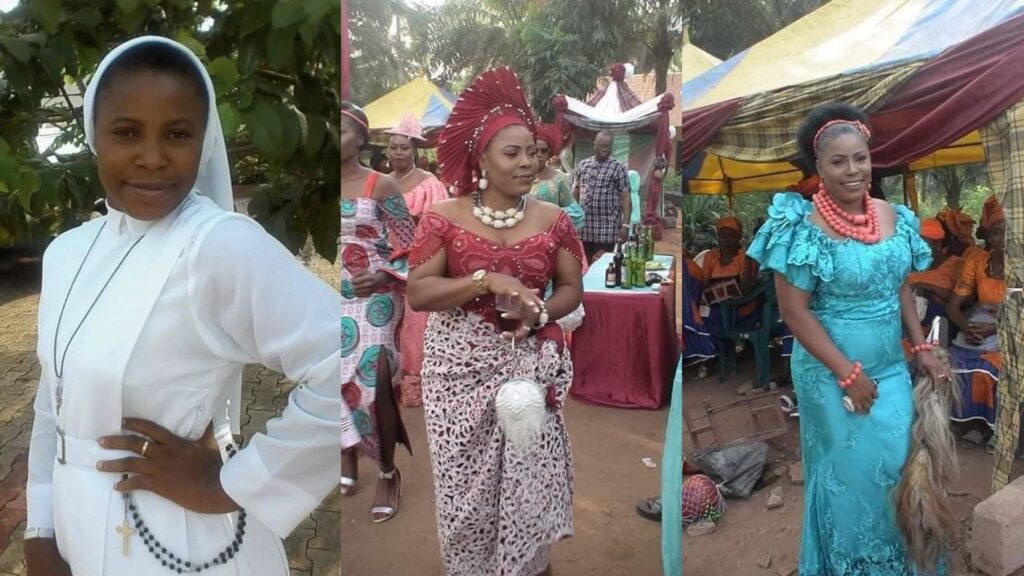 A Reverened sister of the Roman Catholic Church has  quit celibacy and get married.

It is well known that Reverend sister and other clergies in the Catholic Church aren’t allowed to get married as they are married to the church. Although there is no compulsion to the sacrament of Holy order, it’s all based on choice and one’s calling. Probably this lady’s decision to quit her vocation was because it wasn’t her calling and she was brutally honest. There are cases in which people are pressured by the society or their parents to go into priesthood or sisterhood simply because they want to have a priest or a reverend sister from their community. Some parents push their children to becoming a priest just because they want to be called “Mama father“. The sacrament of Holy order, a call to priesthood or sisterhood isn’t a compulsion, you can’t be where you aren’t meant to be. I don’t know why this lady changed her mind, but I’m using this medium to wish her the very best in her new adventure.