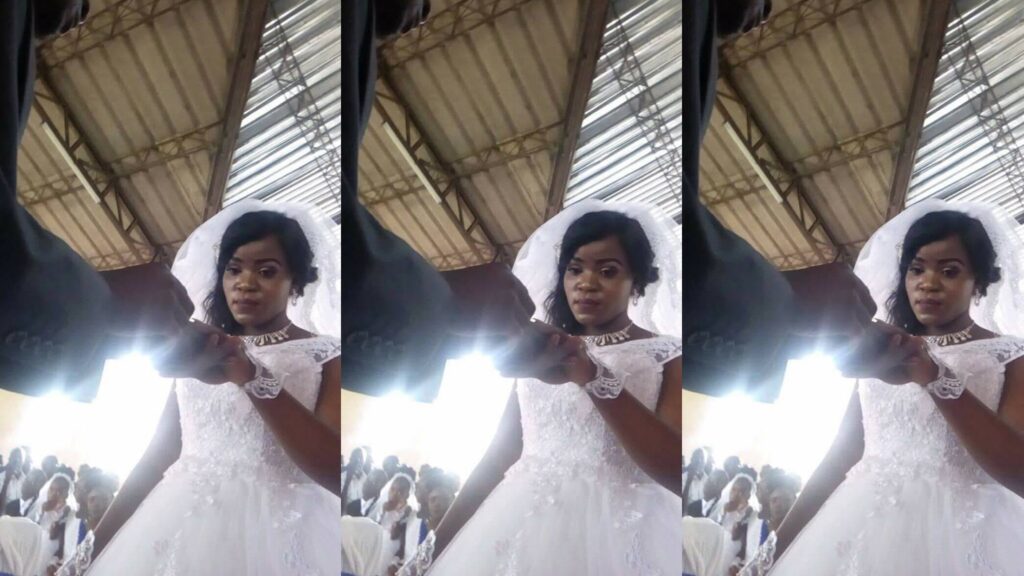 Ten months after their wedding, a Nigerian lady discovered that her spouse was actually a woman in disguise.

After the case made headlines, the 22-year-old lady, who goes by the initials NA, took to social media to share her story.

It follows the accused’s appearance before the Jambi District Court in Indonesia on Tuesday, June 14.

According to a report published by The Nation, the victim claimed she met the fraudster on a dating app in May 2021.

The accused pretended to be a male US-trained surgeon and a coal businessman looking for a wife after recently converting to Islam.

Three months later, the victim believed him and married him in a nikah siri ceremony, which is recognized by religion but not by the state.

They were unable to conduct a state-sanctioned wedding since the groom did not have the necessary civil paperwork.

For several months, the newlyweds resided with the victim’s parents. AA kept demanding for money and couldn’t show any proof of his outstanding qualifications, which made her parents suspicious.

According to Coconuts, the swindler’s family and friends consistently supported his career claims.

The con artist whisked the bride away from her family to Lahat, South Sumatra, Indonesia, to avoid further scrutiny. She was subsequently confined to the house for several months and forbidden to connect with anybody else while she was there. Her “husband” was also in charge of their finances.

When asked about their sex life on social media, the victim stated that her “husband” would always turn out the lights and blindfold her before sex.

The con artist said she pampered her wife with her hands, but the victim claimed she was confident EY used penetrative sexual device throughout their affair.

NA also alleged that EY tried to murder her by instructing her to leap into a river despite her inability to swim.

EY’s parents denounced her to the authorities for falsifying educational records, which might be the first of many charges against her, and for which she could face up to ten years in prison.

The case is still being heard in Jambi District Court.